How to get Twitter's new 'Lights out' dark mode on iOS 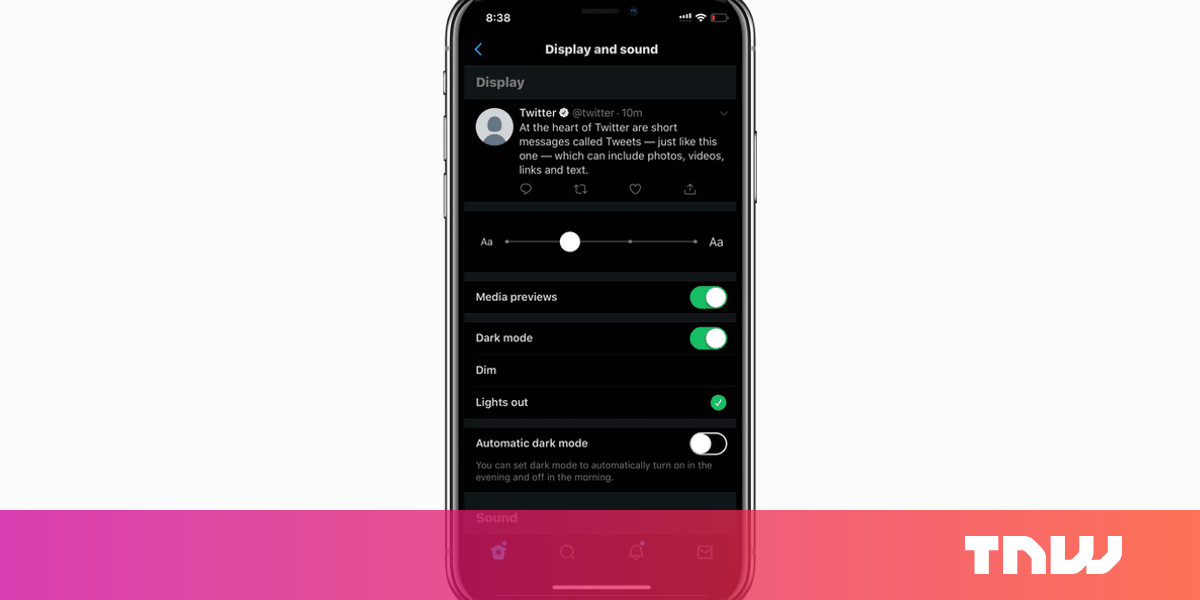 Twitter has a dark theme in its mobile apps in 2016, and for its site the following year. But after a lot of people complained that the social network's feature is not a true dark mode – as it is based on a blue instead of black – CEO Jack Dorsey said the company was working on it. It's finally here on iOS, and it's called "Lights out."

It was dark. You asked for darker! Swipe right to check out our new dark fashion. Rolling out today. pic.twitter.com/6MEACKRK9K

The new 'Lights Out' mode takes advantage of OLED screens' ability to display pure black – they achieve this by turning off the pixels entirely to the darkest possible shade of black. It works best on the most recent iPhones. If you're using one with an LCD display, you'll still see a darker shade of black than before. Here's how to switch to this mode:

You can see the difference between the new and old dark modes in the screen capture below.