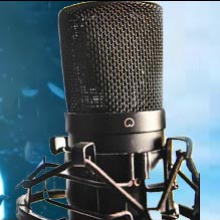 As if NetherRealm Studios' massive Mortal Kombat 11 reveal event wasn't enough, we got pretty massive news about this last week from seemingly all the corners of the fighting game landscape.

1 reveal in person and got firsthand experiences with the upcoming title while the rest of us merely got to watch from afar. ] Steven helps break down how the game feels, how the game looks, what its new mechanics seem to bring to the table and one or two small details that gave him some hesitation. All in all we're very excited for the next Mortal Kombat, and would go as far as say it could threaten to become the top fighting game.

Catalyst and I jump into some recent happenings in Dragon Ball FighterZ, Super Smash Bros. Ultimate and Street Fighter 5 as developer-driven tours and / or leagues for all three at this point.

After a month with no direct SF5 Season 4 news, I'm starting to feel less and less motivated to play. It may not be representative of the entire community by any means, I have heard others share similar sentiments.

We close things out with a discussion of why SF5 is feeling something like a sinking ship at the moment, and what Capcom needs

Editor's note : We've noticed the timestamps appear to change depending on the medium you're using to list. The ones above may place you in a few seconds before when each respective topic actually comes up.