How games conquered the movies – TechCrunch 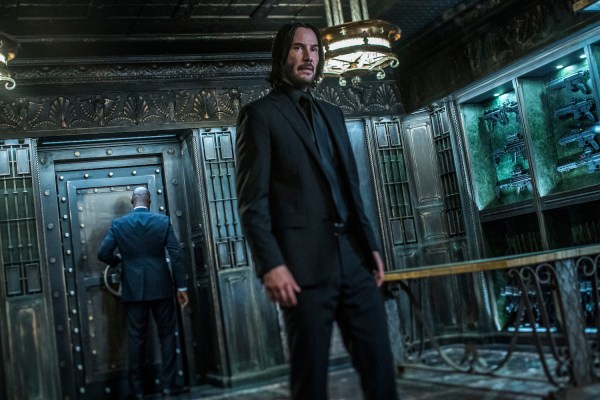 We used to think that as video games matured, as a medium, they would become more like Hollywood, becoming more focused on character development, plot reversals, and tight, suspense-driven narratives, rather than action set pieces alternating with cinematic cut scenes. Hoo boy, we were wrong. Instead, the exact inverse has happened. Action movies have become more like video games. I thought of this while watching J ohn Wick 3 last night. (Which I loved, as I did 1 and 2 .) It's not just that its ballet of bullets – especially the one with the dogs – are such video games, in both structures and form, that they have been practically been torn from a controller; you can practically see the health bars and markets across the heads of the characters.

It's also the series's primary costars, after Keanu ̵

1; with apologies to Halle Berry and Ian McShane – is not any other individual character, but the world or John Wick, the Continental, and the High Table. Worldbuilding has long been a first-class citizen in video and tabletop role-playing games; now it has graduated to movies as well.

Speaking of role-playing games, ensemble-cast movies are more and more like them as well. Consider the Fast and Furious movies, or Game of Thrones . Each has a core group that is clearly the "player characters," as well as disposable villains and extras who are "NPCs." Each starts with the characters at a relatively low level of skill / power, and about the course of the series grow to worldshaking might.

In The Fast & The Furious Vin Diesel's character is a really good driver and mechanic; by the time we get to The Fate of The Furious he is a superspy-capable of singlehandedly opposing entire intelligence agencies. In Game of Thrones we watch Arya become a high-level assassin before our eyes, and Jon Snow happens to become one of the deadliest swordsmen in all of Westeros, casually dispatching dozens of enemies, sometimes several simultaneously, while rarely even breaking a sweat, because – well, there's no real reason for it, other than what happens to player characters, isn't it? They level up and become the best.

That didn't use to be the case. Jason Bourne and James Bond were superspies, but they didn't really get better over the course of their series, or become so ridiculous that they can actually take out boxes heavily armed / expert in thirty seconds, singlehandedly, as Shaw Fast & Furious movie. Most of Jason Bourne's action sequences are escapes; most of John Wick's are hunts. And of course "one hunting a horde" has been the basic mode of first-person shooters since long before Doom.

Does the introduction of these new tropes / styles make things worse? Well – not necessarily. The Bourne series is a lot of grittier, in terms of emotional resonance and suspense, than the John Wick series, but the laughter is far more stylish, semiotically rich, and immersive. I love them both about equally. It would be a shame if the only action movie we ever saw from here was in the stylized un / hyperreality of John Wick – but it would be a shame if Hollywood had never made those movies on The grounds they were too brutally unrealistic

Ultimately, video games have expanded Hollywood's possibility space, and to my mind that's always a good thing. Is it a universal rule that when technology introduces new medium of storytelling, old media soon adopts the new medium's styles and tropes? Did plays become more like novels after Don Quixote? Did radio become more like television after TV was introduced? And if / when we figure out the most compelling structure (s) for AR / VR storytelling, will video games become more like that? It seems to be fairly inevitable to me that the answer is yes.