How big was Sunday protest in Hong Kong? These aerial photos show you 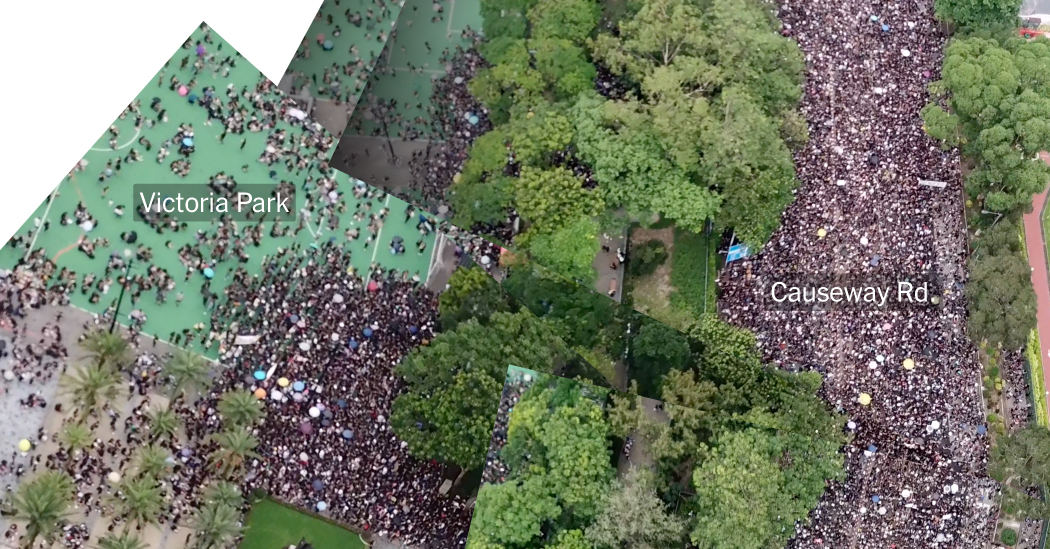 Hundreds of thousands of people poured into Hong Kong streets on Sunday and marched nearly two miles (three kilometers), protested at a proposed extradition bill, and urged the city's leader to step down.

It was the largest of three protests against the bill that was held over eight days. A new protest was scheduled for Friday morning. The composite images below show the huge scale of Sunday's demonstrations.

The organizers estimated that nearly two million people had participated in Sunday's March – in a city of 7 million.

People came out to the march all day. It started at 2:30 pm and continued for more than eight hours. Some protesters were still around the legislative council complex after midnight.

Government officials did not give their own estimate of overall participation, but said that at the protest's summit, 338,000 people were on the streets.