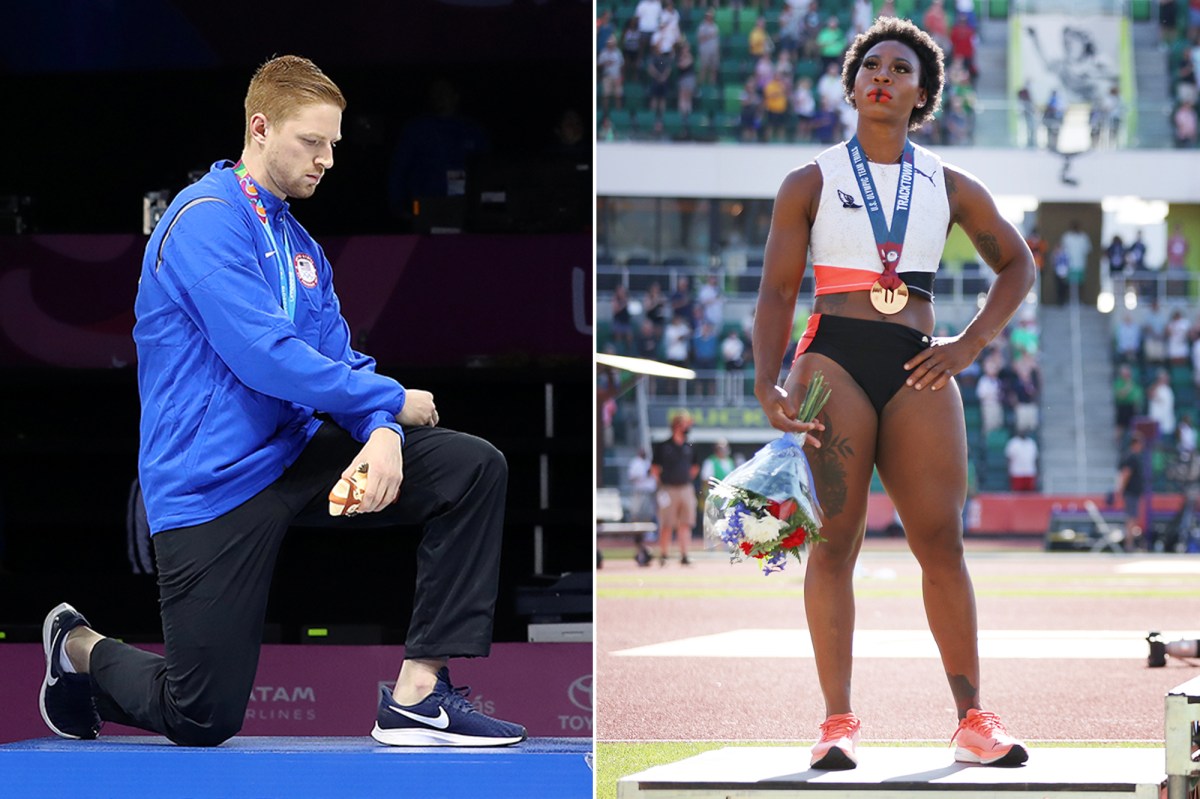 More than three dozen members of the Republican House have written a letter to the US Olympic Committee expressing their concern over US athletes holding political protests at the Tokyo Summer Games – pointing to hammer thrower Gwen Berry who turned away as the national anthem was played during the national trials last month.

“We are deeply concerned about the growing trend of American athletes taking advantage of the international platform that the Olympics provide to maintain divisive, hateful and anti-American ideologies,”

; the letter, signed by the 39 Republicans, said.

Along with Berry, members of the GOP House pointed out how BMX freestyle rider Chelsea Wolfe, who is an alternate to the fights, has said she wanted to win in Tokyo so she could “burn an American flag on the podium.”

She told Fox News that posting does not mean she is anti-American.

“Anyone who thinks I do not care about the United States is really wrong,” she said. “One of the reasons I work so hard to represent the United States in international competition is to show the world that this country has morals and values, that it’s not all the bad things we are known for.”

Berry turned away from the American flag when “The Star-Spangled Banner” played as she stood on the podium after winning a bronze medal at the Oregon Olympics.

She moved toward the stands while holding up a shirt that read “Activist Athlete.”

“I feel like it was a set-up, and they did it on purpose,” Berry said of the anthem. “I was mad to be honest.”

In their letter, Republicans noted that Rule 50 allows “no form of demonstration or political, religious or racial propaganda.”

“It is our hope that members of the U.S. Olympic team will stop abusing their platform to tamper with shameful anti-American rhetoric, and that all athletes representing the United States at the Olympics this summer will do so proudly and patriotically. , ”They said. said in the letter.

Among those who signed the letter are representatives Dan Crenshaw of Texas, Jim Banks of Indiana, Madison Cawthorn of North Carolina and Lauren Boebert of Colorado.