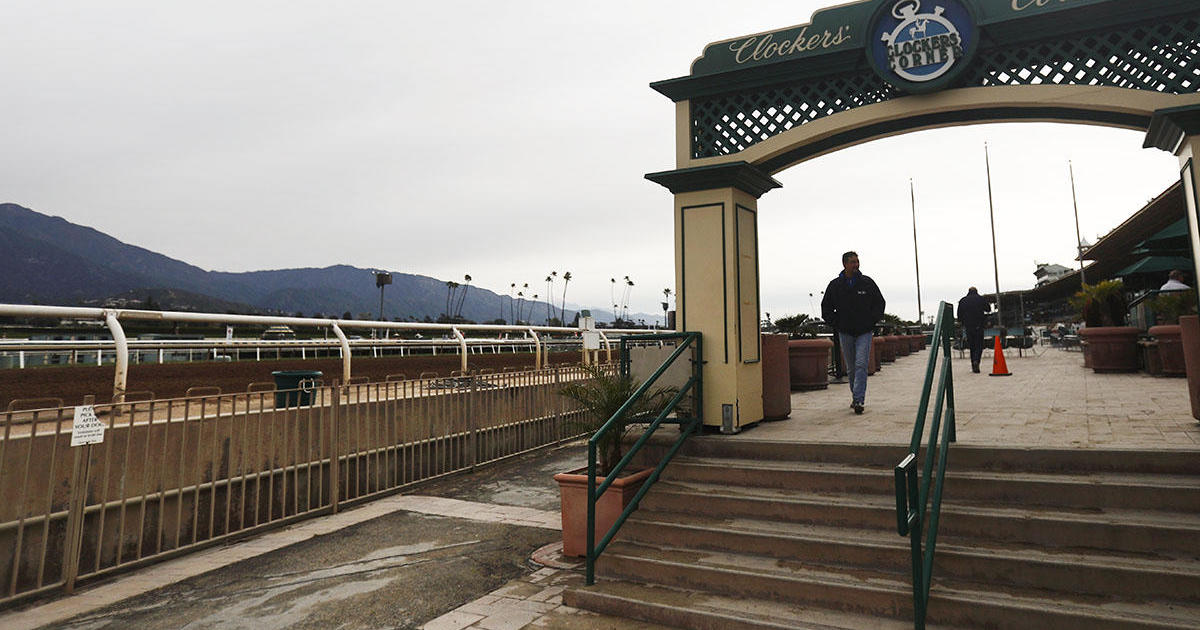 A 26th horse was euthanized Sunday at a Southern California track after suffering a leg injury during a race. He was the third horse to Santa Anita Park in the last nine days. Officials CBS Los Angeles's latest horse to be put down was Kochees, a 9-year-old gelding.

The track had gone several weeks without a fatality.

The horse was taken off the course in a van and left overnight in his stall with a splint on his injured leg, according to The Los Angeles Times, which first reported Kochees' death. The Times said surgeons weighed an operation, but learned Kochees had lost blood flow to the leg and the decision was made to euthanize

Mike Willman, Santa Anita's director of publicity, confirmed those details, but maintained that "every effort was made to save the animal. "

PETA senior vice president Kathy Guillermo issued a statement calling for racing to be suspended across California" until the ongoing investigation by the district attorney is complete and the new rules have been strengthened. ] "Nothing short of a zero-fatality rate is acceptable," Guillermo said.

Democratic Sen. Dianne Feinstein of California also called for a moratorium on racing at the track as well as an investigation. "I believe we need to carefully review what medications horses are given and under what circumstances as well as take a close look at the issue of overrunning which may be contributing to deaths," Feinstein said.

Los Angeles County District Attorney Jackie Lacey has since announced the creation of a task force.

Santa Anita which started its racing season Dec. 26, was closed to racing for most of March while authorities studied the racing surface for possible causes contributing to the deaths. Some believe this year's unusual level of rain may have played a role in the fatalities.

Santa Anita's owners brought national experts to conduct days of testing on the soil, but no problems were found.

In early April, Santa Anita officials announced a series of new measures to help bolster the safety of horses at the track including restrictions on certain medications, requiring trainers to get permission in advance before putting a workout and investing in diagnostic equipment to aid in the early detection of pre-existing conditions.