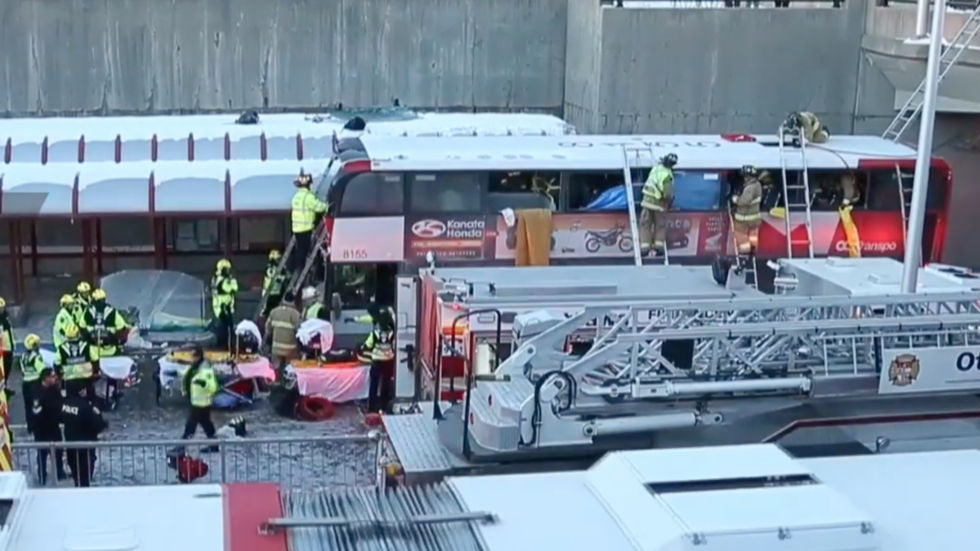 Three people have been killed and 23 others injured, some of them critical, as a double-decker bus crashed into a bushus at Westboro station in Ottawa in the middle of a Friday evening speed.

The most serious damage occurred on the upper right side of the bus, following the collision with the platform around Friday Friday. Emergency workers immediately rushed to the scene to rescue passengers caught at the top level. Video recordings showed fire fighters using ladders to get people into an operation that took more than two hours to complete.

Two passengers and one person waiting for the platform died, Ottawa mayor Jim Watson told reporters, adding that 23 others were injured in the accident, which he describes as "1

9459007]" horrible. Local news stations report that at least seven of the injured are in critical condition.

Authorities have launched a study of the cause of the collision, detention driver of OC Transpo bus to question.