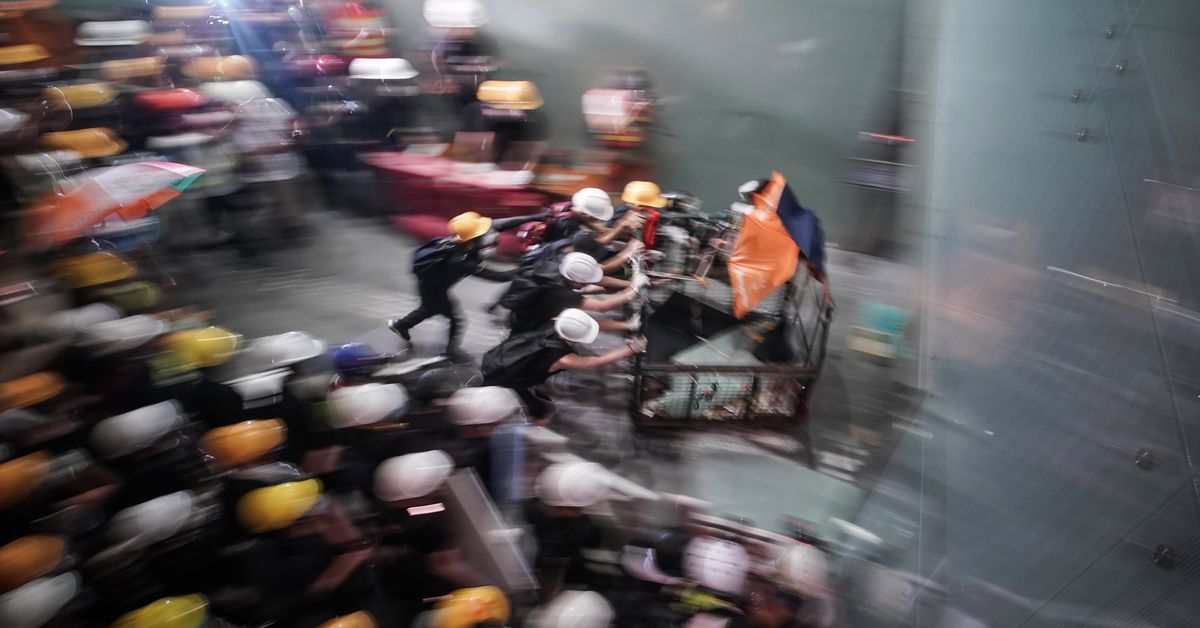 Twenty-two years ago, on July 1, 1997, the United Kingdom handed Hong Kong back to China on the promise that China would allow the city-state to largely govern itself for another 50 years.

But many in Hong Kong see a controversial new extradition law as a sign that Beijing is trying to cut that timeline short, and they're fighting back.

But the demonstrations have morphed into a larger fight to preserve the judicial and political independence of Hong Kong and the freedoms of speech and protest that come with them.

On Monday, protesters seized on the symbolism of the July 1st anniversary and swarmed the streets once again to challenge the Hong Kong government, which they see as overly retained and controlled by the authorities in Beijing. thousands marched peacefully, some protesters stormed the legislative building, breaking glass and twisting metal to get inside. Once there, they spray-painted the walls. One message read, "HK Gov fucking disgrace."

Police eventually marched in to clear the protesters early Tuesday morning local time, spraying tear gas to force them away from the government buildings. At least 50 protesters were injured, according to reports.

The violence and chaos of Monday's protest represented the frustration and the anger of Hong Kong's leadership. But for now, the stalemate continues.

Or as one Hong Kong resident and protester wrote to me about WhatsApp: "We have not come to an end game yet."

Here are some of the photos from the most recent protests.