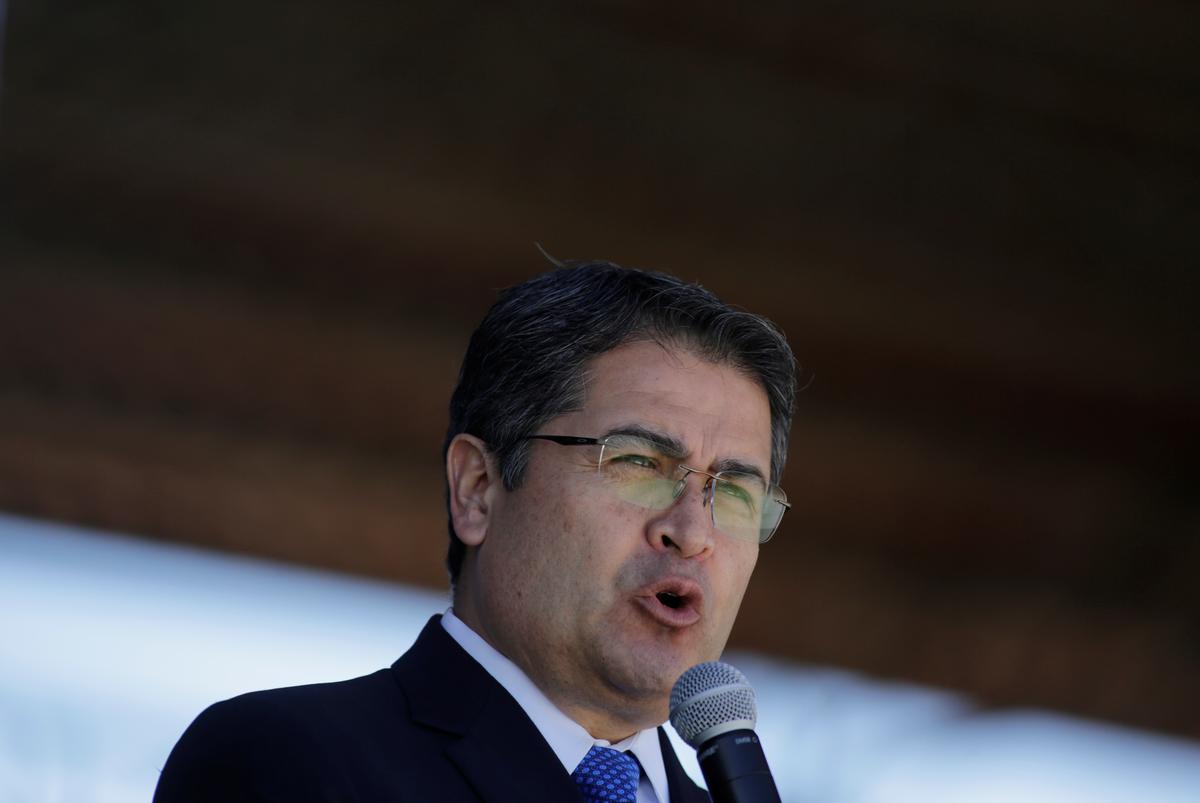 Hernandez has recently signaled that his government is mulling moving the Honduran embassy at Jerusalem, and made his comments on the holy city during his appearance at a conference on US-Israeli relations in Washington.

"Today I have announced the first step, which is to open a trade office in Jerusalem, the capital of the state of Israel, and this will be an extension of our embassy in Tel Aviv," Hernandez said in a statement issued by his government.

"I said that a second step will draw a lot of attacks from the enemies of Israel and the United States, but we will continue along this path," Hernandez added.

Hernandez's comments following the formal recognition by U.S. Pat. President Donald Trump of Jerusalem as the Israeli capital. Last May, Trump moved the U.S. embassy to the disputed city.

Trumps move was criticized by many foreign governments and caused anger among Palestinians, who with broad international backing seek East Jerusalem as the capital of a state they want to establish in the occupied West Bank and the Gaza Strip.

East Jerusalem is still considered occupied under international law, and the city's status is supposed to be decided as part of an Israeli-Palestinian peace agreement.

Hernandez, an ally of the United States, said the trade and cooperation office would open immediately in Jerusalem.

His foreign ministry said in a statement that Israel would in a reciprocal gesture open an office for cooperation in Tegucigalpa, giving it diplomatic status.

In 2017, Guatemala and neighboring Honduras were two of only a handful of countries to join Israel and the United States in voting against a U.N. Resolution calling on Washington to drop its recognition of Jerusalem as the Israeli capital.

Guatemala moved its embassy in Israel to Jerusalem in May after the United States, filling expectations that Hernandez might follow suit.

Honduras and Guatemala are two of the most violent and impoverished countries in the Americas. Both depend economically to a significant degree on U.S. aid and investment, and the leaders of the two have generated significant controversy.

Hernandez 'legitimacy was called into question during his 2017 re-election bid after the official vote count to stop when he appeared to be headed for defeat.

After the count restarted, the trend turned against his opponent and the electoral authority declared him victor, a decision later backed by the United States.

Meanwhile his Guatemalan counterpart, Jimmy Morales, has clashed with the United Nations for closing down a U.N. anti-corruption body that sought to have him impeached.