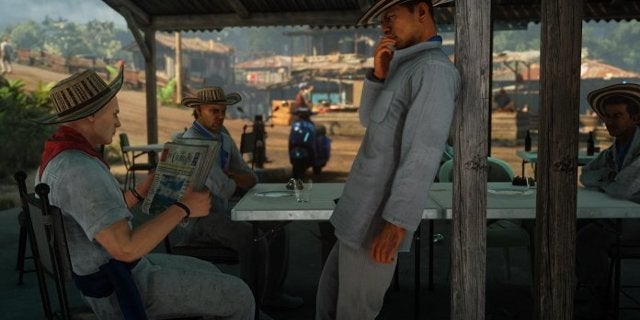 A new month means waves of new content in Hitman 2 spread all the time in July, and players now know what to expect from these releases as the latest content plan is out. Contracts, another exclusive goal, a Sniper Assassin card and much more come all July. The first of them will start very soon with a new escalation contract that will be available on July 4th.

IO Interactive and Warner Bros. Interactive Entertainment outlined the plans for the July releases in one of its regular roadmaps. This roadmap can be seen here, although the video above gives a brief summary of what comes through the month. The list below shows all parts of the content published in the order that it will be released in.

Out of all the different releases, three of the components are likely to be most interesting to players , Legacy Elusive Target, the new card and the update at the end of the month. Badboy returns as this month's goal, but make sure you have the Legacy Pack to track him.

Some details of the new map called "The Prison" have been revealed, but are expected to hear more about what we were moving closer to on July 30th.

The second Sniper Assassin card comes to all expansion card owners on July 30! "IO Interactive said." This time you go to one of the hardest and coldest places on earth. Get full championship at this level and you will unlock Druzhina 34 ICA Arctic for use in all sandbox locations HITMAN 2. Welcome to Siberia (Prison). More information about the new Sniper Assassin Map will be revealed as we get closer to the release date. "

Similarly, there is not much known about the game update, but we will hear more about it in the next IOI Monthly." said the update about the update. "We have more details to share on IOI Monthly # 5 and the full release notes will be published before the game update is available for download."

Exciting news, Pokemon fans – A wild podcast has appeared the official Pokemon podcast from ComicBook.com, is here! Check it out by clicking here or listening below.

On Today's episode we are talking about some changes and surprises that may come to Pokemon GO (including Team Rocket?!), PokeFusions are back and just as scary as ever, and Christian got hand in hand with Pokemon Sword & Shield! Make sure to subscribe now to never miss an episode!