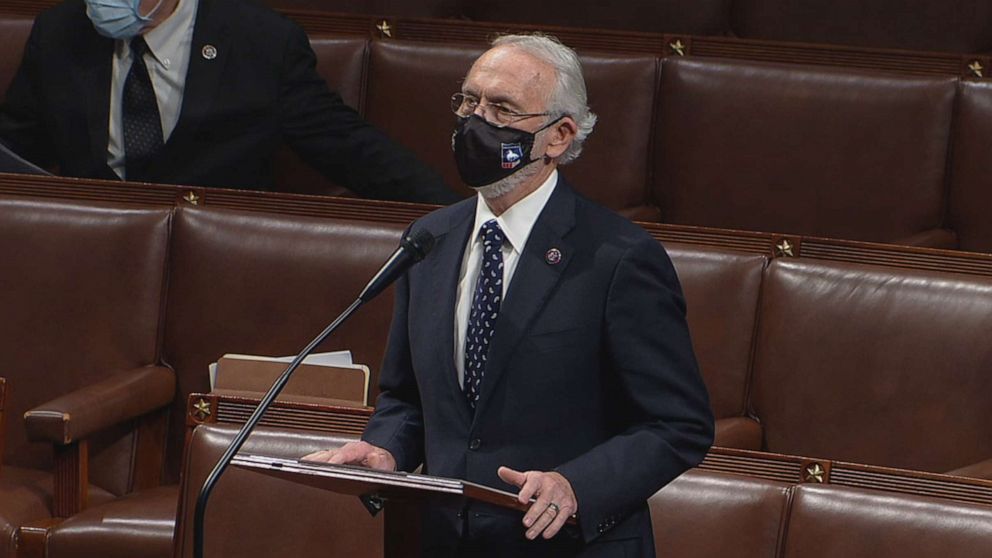 The House of Representatives has voted to indict President Donald Trump – making him the only president in American history to be indicted twice.

Contrary to his first accusation in 2019, 10 Republicans joined the Democrats in accusing Trump of “inciting rebellion” for his role in the January 6 attack on the US Capitol with a final vote of 232-197.

Some Republicans may have feared for their own safety if they voted for the indictment, the rep said. Adam Kinzinger, one of those who voted against Trump. Kinzinger told ABC’s “Powerhouse Politics” podcast that some members of his party are likely to hold back from voting for accusations for fear of highlighting their own participation in supporting the president̵

“I had a lot of conversations with my Republican colleagues last night and a couple of them broke down in tears and spoke to me and said they are scared for their lives if they vote for this accusation,” he said.

Here is a list of the 10 Republicans who took a stand against Trump:

Rope. John Katko, RN.Y.
“Allowing the President of the United States to incite this attack without consequences is a direct threat to the future of our democracy. For that reason, I can not sit without taking action. I will vote to accuse this President.”

Rep. Adam Kinzinger, R-Ill.
“There will be no ‘Kumbaya moment’ on the floor – it will be an awakening of the American people to hold their leaders accountable for their rhetoric,”

Rep. Jamie Herrera Beutler, R-Wash.
“The president’s offenses, in my reading of the Constitution, were insurmountable given the indisputable evidence we already have. I understand the argument that the best thing is not to further incite the country or alienate Republican voters. But I am a Republican voter. I believe in our constitution, individual freedom, free markets, charity, life, justice, peace and this extraordinary country.I see that my own party will be best served when they choose truth among us.I believe that President Trump acted against his oath of office, so I will vote to accuse him. “

Rep. Dan Newhouse, R-Wash.
“It is not an opportunity to turn a blind eye to this brutal attack on our republic.”

Rep. David Valadao, R-California.
“President Trump was undoubtedly a driving force in the catastrophic events that took place on January 6, by encouraging mass rebels to incite violence against elected officials, staff and our representative democracy as a whole.”

“President Trump betrayed his office by trying to undermine our constitutional process, and he is responsible for inciting the uprising we suffered last week,” he tweeted before the vote on Wednesday.

Rep. Tom Rice, RS.C.
Rice said in a statement: “I have supported this president through thick and thin for four years. I fought for him and voted for him twice. But this complete failure is not forgivable.” Rice was one of the 139 House Republicans who voted to uphold an objection to certification of the election result. Rice second angry: “Where’s the president !?” during the riots at the Capitol last week.

Fred Upton, R-Mich.
Upton tweeted that Congress should hold the president “to account” before voting for the indictment. “Congress must hold President Trump to account and send a clear message that our country cannot and will not tolerate any effort by any president to prevent the peaceful transfer of power from one president to the next,” he said.

“The President of the United States convened this mob, assembled the mob and lit the flame for this attack,” she said. “All that followed was his action. None of this would have happened without the president.”