‘Hello, this is Navalny’: The poisoned Putin’s critic sends a picture from the hospital 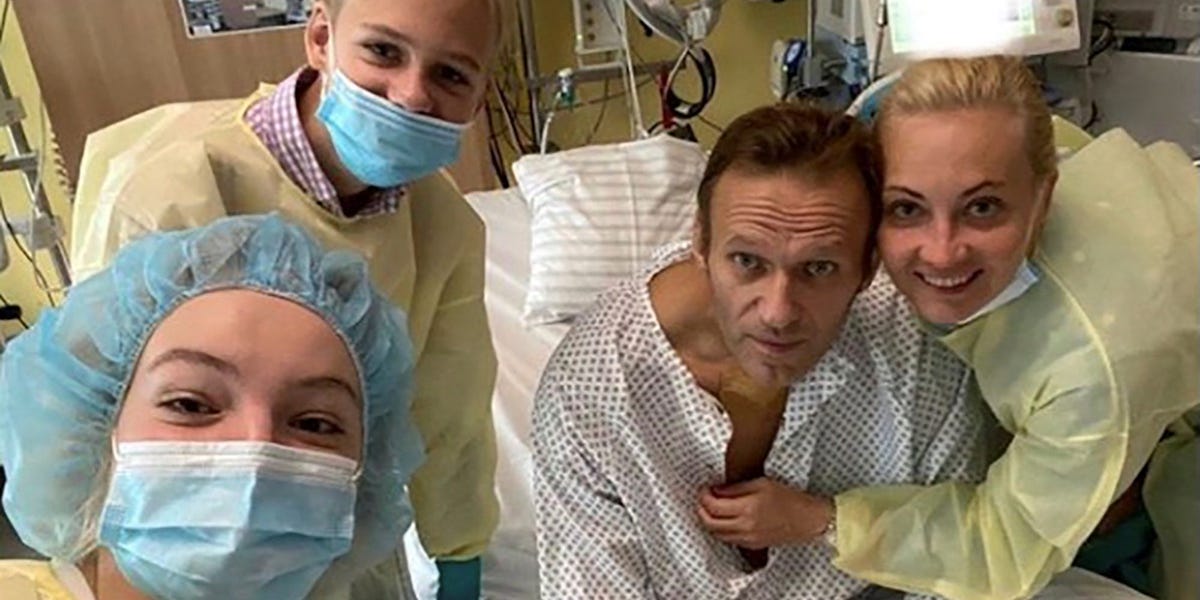 Russian opposition leader Alexei Navalny on Tuesday posted a photo on Instagram for the first time since he fell ill after being poisoned last month.

“Hello, this is Navalny,”

; Navalny said in Russian in the caption, which was translated by CNN. “I miss you. I still can hardly do anything, but yesterday I was able to breathe alone all day. Just myself. I did not use any outside help, not even the simplest valve in my throat.”

This was Navalny’s first public message since he was poisoned.

Navalny, the most prominent opponent of Russian President Vladimir Putin, is recovering in a German hospital after falling ill on a flight back to Moscow from Siberia in late August. His employees immediately suspected that he had been poisoned. After an emergency landing, Navalny was first taken to a hospital in Siberia, where doctors rejected the notion that he had been poisoned.

The Russian authorities initially prevented Navalny from being evacuated medically from the country, but he was eventually allowed to travel to Germany for further treatment.

After he was transferred to Germany, the nerve agent Novichok was found in Navalny’s system. Novichok has been used to poison other Russian dissidents.

Navalny, who has been subjected to years of harassment by the Russian government, is the latest victim on a long list of Putin critics who were poisoned and / or killed. But the anti-corruption campaign still plans to return to Russia, according to his press secretary, Kira Yarmysh.

“No other option was ever considered,” Yarmysh told CNN.

Women in France assaulted for wearing skirts in public