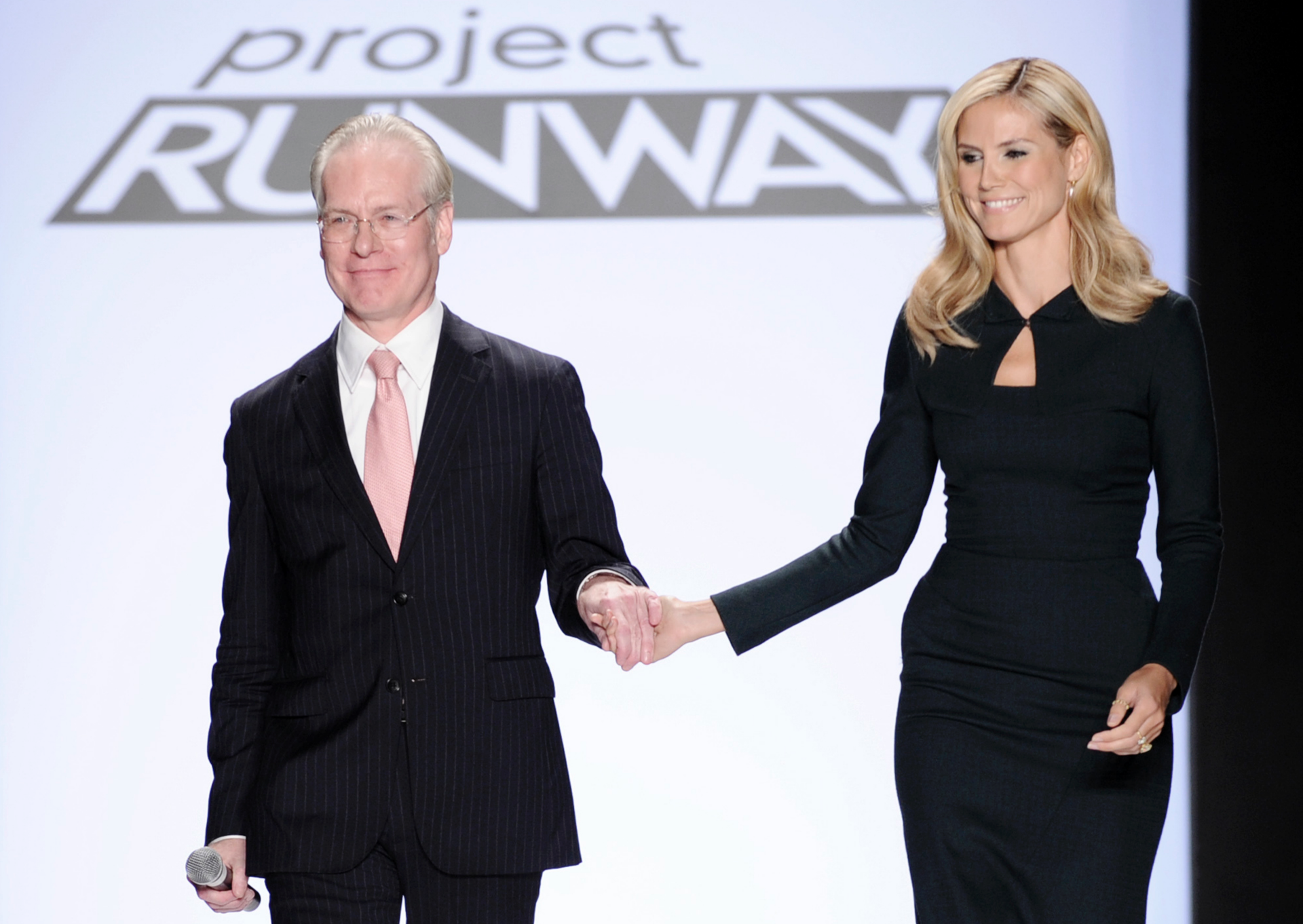 If you felt Heidi Klum and Tim Gunn's absence in the last season of "Project Runway", you are not worried as the duo will soon return to television for a new reality series.

Last year, the couple announced the "Leave" Project Runway "after 16 seasons to join Amazon for a forthcoming, then untitled reality show.

Finally, Amazon revealed on Wednesday more details about the new program titled" Making The Cut. "According to Entertainment Weekly, it will host hosts Klum and Gunn as they challenge 12 entrepreneurs and designers from around the world to increase their brand and achieve international success.

By the end, the winner of the series ̵

1; which prizes in 2020 – will receive a huge $ 1 million contribution to invest in their company. In addition, any look shown on the show will be available for purchase at Amazon during the season.

HEIDI KLUM, 46, LIKES TO USE THE TEETH WITH TOPLESS

The couple just started recording the show's first track challenge in Paris, and Klum couldn't hold back its excitement on the set and said in a Twitter video: "You know, sometimes you have a dream, and suddenly it is reality!"

She also tweeted a video of her and Gunn poses in front of the iconic Paris landmark.

Gunn also teased the new show on Instagram, attached a similar image of the duo in front of the Eiffel Tower, "so excited to be host #makingthecut with the amazing @heidiklum!"

Amazon ha s not yet revealed further details of the show, including an exact release date, but judging from these new images, it will probably be very fun.