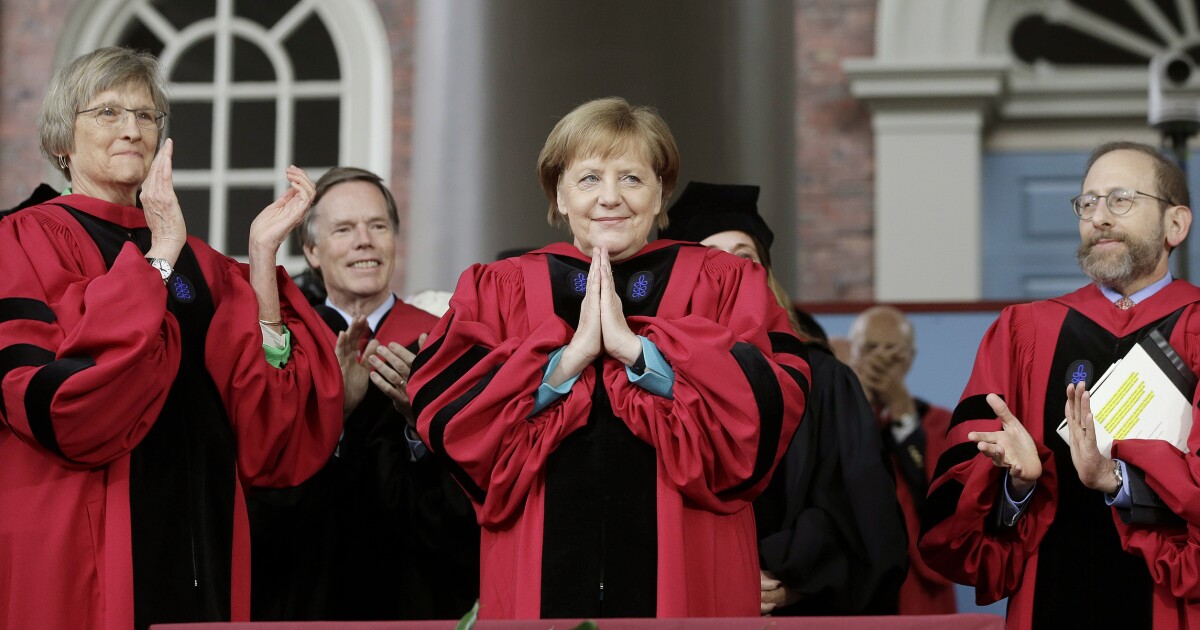 China is a deliberate, existential threat to the US-led international order. And the defense of that order requires resistance to those who threaten it.

So why is Harvard University careful about breaking down the US-led international order as a cause for its candidates?

I ask this because Harvard has chosen German Chancellor Angela Merkel as the starting speaker in 2019 this week. Merkel was in biased form and sprinkled President Trump's Mexico border wall by inviting candidates to "tear down ignorant walls". The implication: candidates must stand for a more liberal order.

Well, okay. But Merkel is a very bad messenger for that order. First, she continues to shake off her commitment to delivering the military power needed to defend democracy. Germany's military readiness is now a spooky joke. Germany lacks basic combined weapon capacity and often refuses to exploit its forces in just-basic NATO deterrent operations. NATO Secretary General asks Merkel to do more, but she does not. Instead, the German leader plays well with Vladimir Putin's energy policy.

Russian air defense-invaded armored pillars and Chinese warships / stand-off missiles will not be discouraged by inspirational words. Without the military force to resist, the international order will be forced to give to the tyrants' whims.

In short, Merkel is just as useful a spokeswoman for the liberal international order as President Trump is a spokesman for civilization.

But Merkel might be a good idea for Harvard. After all, when you think of the once great institution's continuing greeting to Beijing, a nearby trend emerges.

Whatever Harvard should correct his mistake next year, choose Jim Mattis as his next introductory speaker.