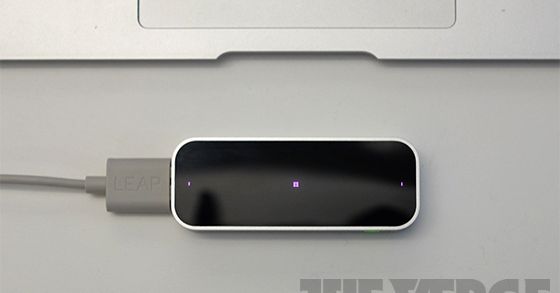 Leap Motion, which made hand tracking systems for virtual and magnified reality headphones, is reportedly acquired by the haptics company UltraHaptics. The Wall Street Journal reported the news earlier today and said the San Francisco-based Leap Motion had agreed to sell for about $ 30 million.

It is a fraction of Leap Motion's $ 306 million worth of top of its hype in 2013. But it looks like a figure that Apple allegedly discussed during a never-ending acquisition last year. Journal reports that UltraHaptics will receive Leap Motion patents and employ most of its staff, with the exception of CEO and co-founder Michael Buckwald, who is reportedly leaving the company.

UltraHaptics is not a big name like Apple, but it is quite obviously suitable for Leap Motion. The company uses ultrasound to create the illusion of touch in midair, and Leap Motion's hand controls can complement it to create a controller-free tactile feedback interface. UltraHaptics already uses Leap Motion technology.

Leap Motion started by building a highly anticipated consumer movement controller. The device was never hit as a peripheral PC, but it arrived just in time to run a wave of interest in virtual and magnified reality, offering an early interface system before launching ubiquitous handheld motion detectors. While Leap Motion began licensing its VR headset hardware and software, the company fought to find a niche, and two potential deals with Apple had gradually declined. Last year, a low-cost reinforced reality headset design, known as Project North Star, appeared.