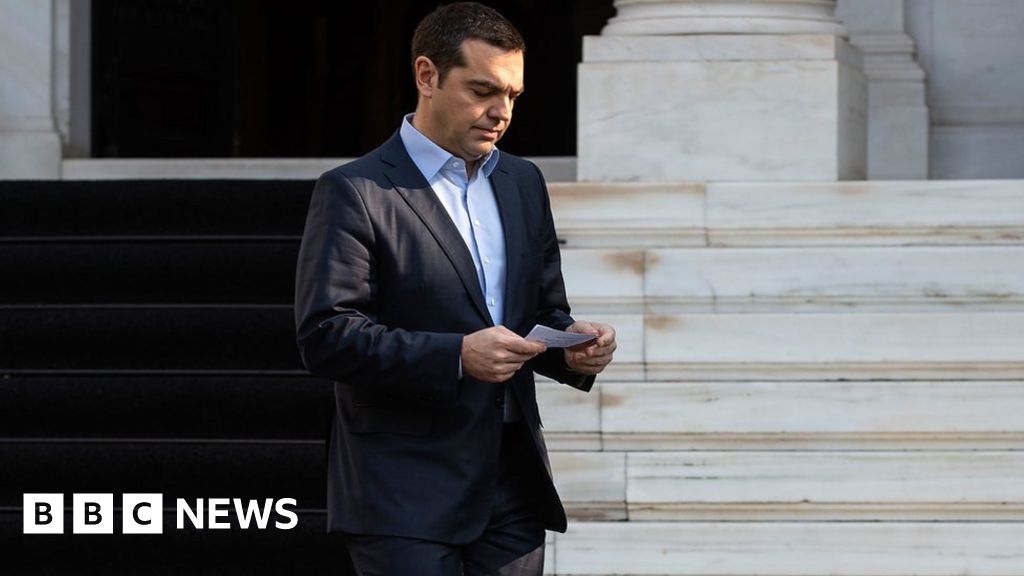 Greek Prime Minister Alexis Tsipras has said he will call a confidence vote after his governing coalition split over the Macedonia name change.

Defense Minister Panos Kammenos with his party's support, signaling his opposition ahead of an expected vote in the Greek parliament.

Macedonia has ratified the deal.

The dispute, which has raged since the vote for independence from Yugoslavia in 1

991, is blocking Macedonia's hopes of joining NATO and the European Union.

Where does this leave Greece?

Mr Tsipras said he was voting immediately to a confidence vote.

His Syriza party has 145 seats in the 300-seat parliament and Mr Kammenos has called on his Independent Greeks party, which has seven, to vote against the government.

If the government loses, the next general election, due

Since 1991, many suggestions have been proposed, then rejected. of government in Macedonia in 2017 finally reached the deal reached last year

Under the proposed agreement, the country's language will be called Macedonian and its people known as Macedonians (citizens of the Republic of North Macedonia).

The new name will be used both internationally and bilaterally, so that even the 140 or more countries that recognize the name Macedonia will have to adopt North Macedonia. In Macedonian, the name is Severna Makedonija.