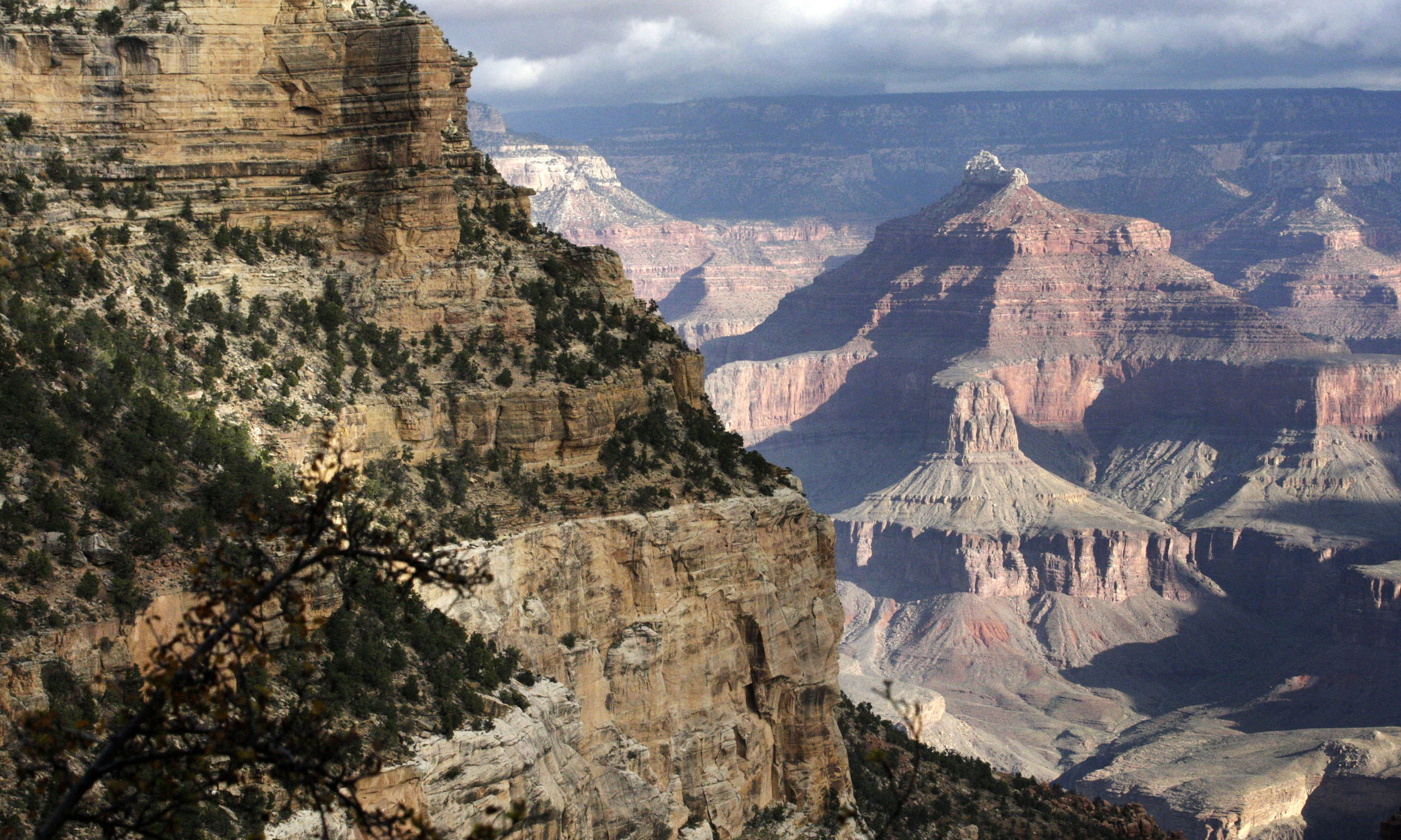 Few sights are so recognizable, and few places speak more fully to American nationalism. Standing on the South Rim in 1903, President Teddy Roosevelt proclaimed "one of the great sights that all Americans should see."

That's true. Every visitor today knows the Grand Canyon as a unique testimony to Earth's history and an icon of American experience. But visitors can't know why. Probably they do not know that it was big and annoying long before it was grand and inspiring. Probably they do not understand that the appreciation is so strange that a scene has been as amazing as its geological sculpture. Other than a pilgrimage to a holy place, they cannot understand what they see.

When the Grand Canyon National Park celebrates its century on February 26, 201

9, it is worth recalling the peculiar way in which the canyon grew and what this meant.

The Grand Canyon was one of the first North American natural wonders discovered by Europeans. In 1541, a party in the Coronado expedition under Captain García López de Cardenas on the southern rim 138 years before explorers found Niagara Falls, 167 before Yellowstone and nearly 300 before Yosemite. A group encrypted down to the river, but failed to reach it and returned to inform that the butterflies were much higher than the great tower of Seville. So nothing. Some Coronado chronicles did not even mention this sidewalk in their accounts.

A Franciscan friar, Francisco Tomas Garcés, tracks up the Colorado River, visited the rim in 1776, discovered the Havasupai tribe and left. The Taos staircases knew about the big gorge they called Big Cañon and scolded it. As they guided exploring parties in the US Army Corps of Topographic Engineers in search of transport routes, they steered the expeditions away from the canyon, which did not provide any passage of water or land.

Then in 1857, Lt. Joseph C. Ives led a steamboat up the Colorado River in the explicit Quest of the Big Canon. After the steamboat hit a rock and sank near the Black Canyon, Ives traveled down Diamond Creek to the inner gorge, briefly touched by the South Rim and in 1861 completed with one of the most infamous proclamations ever to come out of an American explorer . [19659009] Of course, the region is completely worthless … after entering it there is nothing to do but leave. Ours has been the first and will undoubtedly be the last batch of whites to visit this excellent site.

Eight years later, Major John Wesley Powell descended the Colorado River through his canyons, renamed Big Cañon as the Grand Canyon, and wrote a classic account of the river view. In 1882, Captain Clarence Dutton wrote in the first monograph published by the new US geological survey an equally classic account, this time from the rim.

Something changed. For the most part, it was the emergence of geology as a science of broad cultural appeal. The Grand Canyon may be worthless as a corridor of transportation, but it was a "wonderland" for the new science. It helped tremendously that artists were drawn to landscapes, of which the canyon seemed both unique and operational. By virtue of Powell and Dutton, Thomas Moran and William Henry Holmes were transformed into a highly visual scene of paint and ink.

Before Powell and Dutton, the Grand Canyon was a place to avoid. Now it was a marvel to admire. Twenty years later, Teddy Roosevelt pulled out of a train at the South Rim and added nationalism to the mix by declaring it "a natural wonder … totally unsurpassed in the rest of the world."

It was an amazing reverse view. The geological mystery of the canyon is how the south-facing Colorado River suddenly turned westward to cut the road, crossing through four plateaus. This is also more or less what happened culturally. Intellectual carved against existing aesthetics to create a place that did not resemble pastoral or alpine mountains to a convincing spectacle.

Unlike most amazing features, the Grand Canyon is invisible until you stand on the rim. You are not attracted to it as a river's source or mountain peak. You have to find out, and then clear the visual revelation. It is simply and suddenly.

So it seemed to be Western civilization. As Dutton pointed out, the "under the ground on the ground" canyon was "a great innovation in our modern natural views", and appreciates a scene that was foreign to European emotions, demanding a new aesthetic. It required its own unique canon of appreciation. The Grand Canyon stood alone.

People can only feel it

It still does, which makes its standing as a natural marvel paradoxically. In two ways, however, the canyon has strengthened both the landscape's aesthetics and its preservation.

First, it added an appreciation for exposed rocks, canyons and earth tones to the traditional focus on the buccal, alpine and green. It made it possible to appreciate the greater setting of the Colorado Plateau, which contained the Grand Canyon, but otherwise lay at the margins of US settlement and economy. This region now has the highest density of parks and monuments in any physiographic province in the country.

Second, the Grand Canyon contributed to the rise of the post-war environment through debates in the 1960s over proposed dams. The canyon had enough cultural cache that advocates could argue successfully to protect it. Little drive, Glen Canyon, on the other hand lacked that legacy and was dusted.

Yet the Grand Canyon sits rudely in more modern preservationist thinking. The greater force has been to expand beyond geological monumentalism, typically to early parks, and incorporate living landscapes rich in biodiversity and unique habitats. But the Grand Canyon is a geological spectacle. If it did not contain any living in its vast amphitheater, it would still retain its cultural power. Its scale is so large that it is not difficult to imagine what people can do to change it permanently.

However, it is possible to spoil the canyon experience. What is required is an obscure sky or a visually confused view or social noise derived from the tranquility of individual vision. Grand Canyon's great influence still stems from the sudden shock of seeing it all without filters or foreground. The field just falls away. The canyon is there, immediately and insistently. It is an individual epiphany, disseminated. That feeling is what has to survive for the Grand Canyon to work its cultural alchemy.

Threats to it are not new, but they have evolved from mining, dams and industrial tourism to the compound insults of an anthropocene era. Yet, as Roosevelt understood, the Grand Canyon testifies to the most fundamental of all needs. "Let it be as it is. … Never worked on it, and you can only forget it." Keep what he called "for your children, your children's children, and for everyone who comes after you." [19659002] We can do it in spite of climate change, invasive species, a feckless global economy, dysfunctional politics and a national attention span for which sound bites take too long. We can leave it as it is.

This is an updated version of an article published on March 21, 2016. Stephen Pyne, Regent's Professor of Life Sciences School, Arizona State University

This article has been re-released from The Conversation under a Creative Commons license. Read the original article.