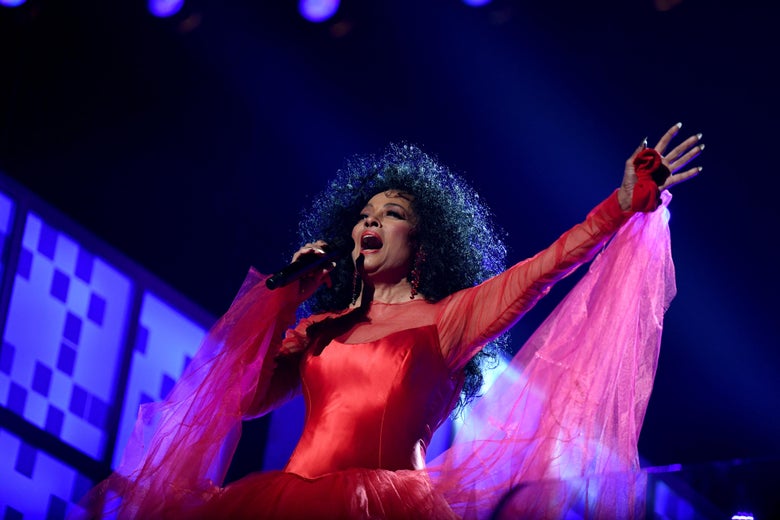 Diana Ross celebrated her 75th birthday onstage at the Grammys by singing "The Best Years of My Life" and "Reach Out and Touch (Somebody's Hand)." The Recording Academy posted a short clip filmed during the performance, but there's something missing from it that we can't quite put our finger on. Oh, wait — it's Diana Ross.

Yes, for some reason, this "audience cam" video on the official YouTube account of the recording academy does not only show Ross actually performing, it's also completely silent. The artist's daughter, Tracee Ellis Ross, and grandson, Raif-Henok Emmanuel Kendrick, are front and center, but around them, they are unaware that they are on camera at all.

Watch as a crowd of famous people fidget, check their phones, and seem confused about which way to sway while Ross sings. Don't worry, Anna Kendrick, we've all been there.