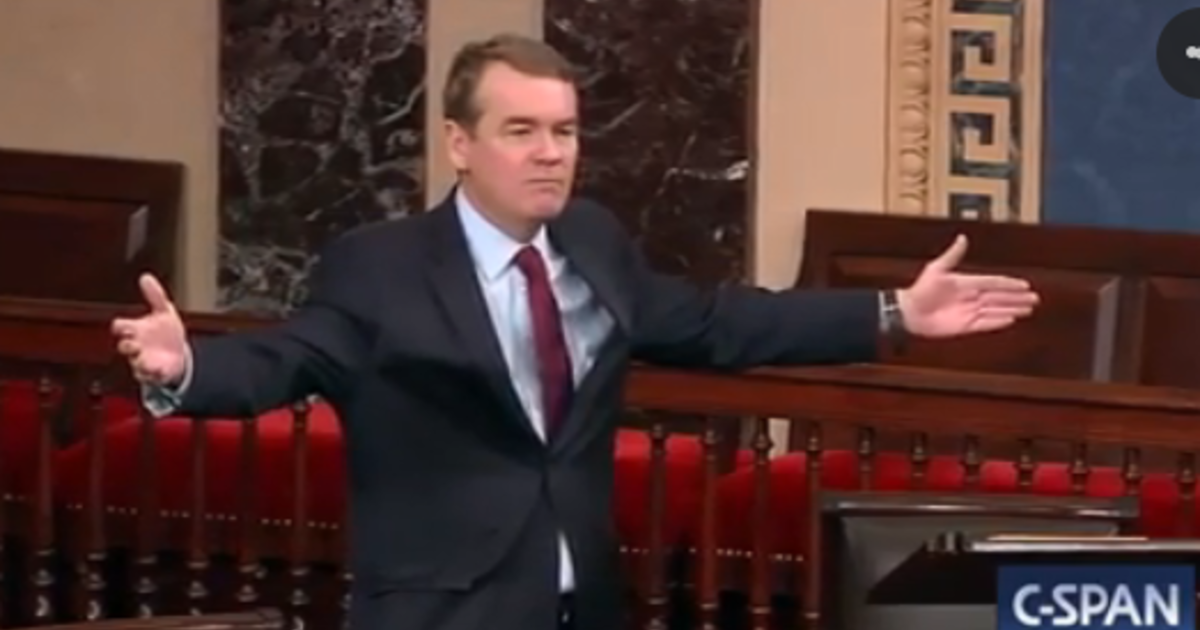 "These crocodile tears that the senator from Texas is crying for first responders are too hard for me to take," Bennet said, hitting Cruz for single-handedly orchestrating a 13-day government shutdown in 2013.

Bennet then slammed Mr. Trump for insisting on building a border wall, and refusing to sign any government funding bill which does not include money for the wall. He excoriated Mr. Trump and his border campaign promise to length.

"How ludicrous it is that this government is shut down over to promise the president of the United States couldn't keep it!" Bennet said. "This idea was going to build a medieval wall across the southern border of Texas, taking it from the farmers and ranchers that were there, and having the Mexican pay for it isn't true. That's why we're here."

He noted that while the Chinese were landing spacecraft on the dark side of the moon, the United States was shut down and arguing over a wall. He also hit Cruz for voting for the bipartisan Senate immigration bill in 201

3 which failed in the house, saying that the proposed $ 5.7 billion for the "rinky-thinking wall," that bill had included $ 46 billion for border security.

"I'm not going to stand here and take it from somebody who's shut the government down while my state was flooded, or from a president who's saying he wants $ 5 billion to build some antiquated medieval wall that he said Mexico would pay for – when I helped write and voted for a bill that would actually have secured the border, "he said.

" This is a joke! " he finished. "This government should be open!"

Bennet told "Meet the Press" later on Thursday afternoon that he was considering running for president in 2020.

"I'm thinking about it," he said. "I think the country is moving in a terrible direction."