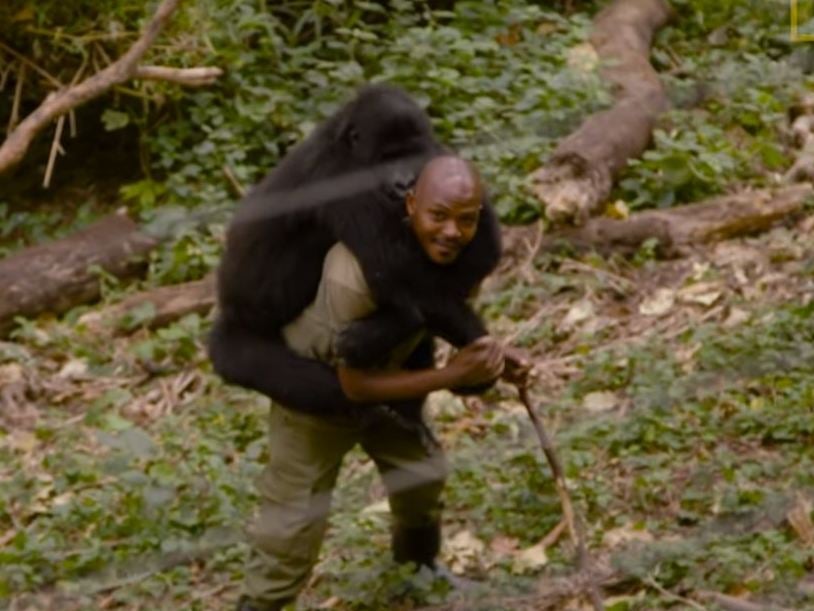 For rangers at Virunga National Park, one day at work can lead to endangered gorillas, conservation work under difficult conditions and occasional self-confidence.

On Thursday, a ranger used Facebook to share a picture of what he called "another day in the office."

He sent a picture of himself with two gorillas who soon spread over social media. The big monkeys stand upright and apparently make up for the picture.

The 600 anti-poaching team at Virunga National Park in the east of the Democratic Republic of Congo (DRC) is trained to protect animals, including all the country's critically endangered mountain gorillas.

The team of rangers consists of local men and women.

The park's website says that rangers risk "their lives every day to protect the park's unusual wildlife".

The risk of violence to rangers is so great that officials closed the park gates from May 2018 to February 2019, following a ranger's death and the kidnapping of two British tourists.

Despite the turmoil surrounding it, Virunga is also home to more than half of the global population of mountain gorillas.

It is a UNESCO World Heritage Site and the oldest national park in Africa according to National Geographic.

The ongoing conflict in DRC has affected the gorilla population in Virunga, but the park's conservation effort meant that there were 880 mountain gorillas in the area in 2015.

Some of the park riders also care round the clock for young orphaned gorillas at the park's Senkwekwe Center.

On Friday, when photographs of rangers and gorillas spread over social media, the staff at the park were encouraged to "make a difference" and donate to Virunga's conservation efforts.