Gordo: Decades worth of bold moves still not having the Blues to Stanley Cup glory | Jeff Gordon 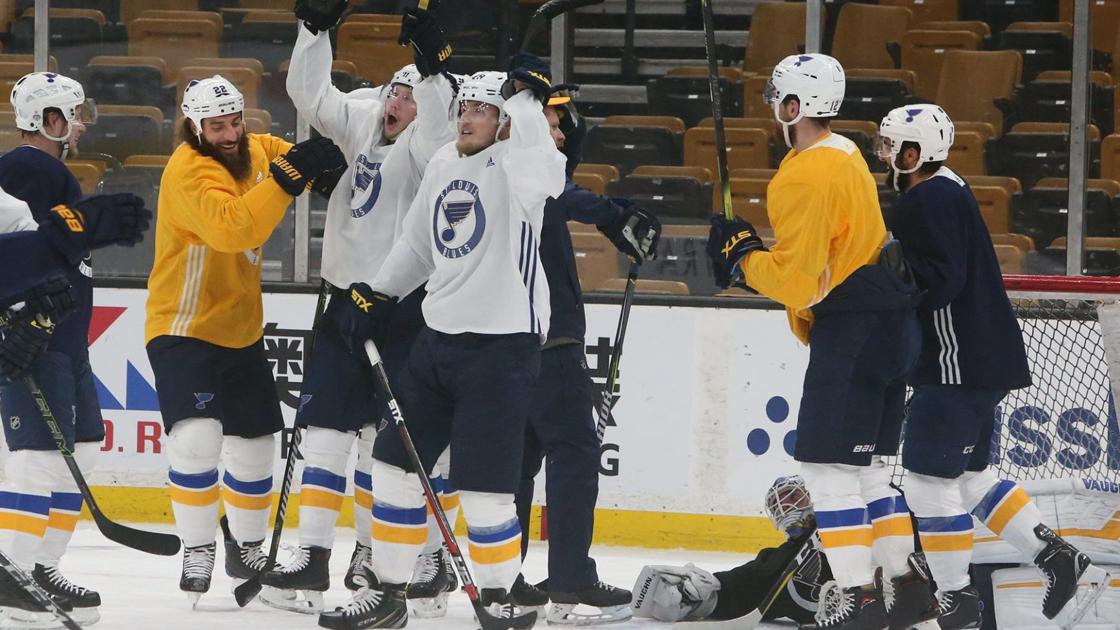 The blues are still seeking their first Stanley Cup, but it's not for a lack of management aggression during the franchise's five-plus decades.

Yes, many ownership groups came as the franchise teetered on thin financial ice .

General manager Doug Armstrong's "all in" bid for this season was this franchise's latest push for glory. Earlier management teams made similar bids, often incurring the wrath of rivals and NHL executives in the process.

980-81 the Blues had a 107-point squad featuring three strong scoring lines. While that team flopped into the playoffs, it was arguably the most talented squad on the franchise.

Despite trading away That reached the 1986 Western Conference Finals before falling to Calgary in Game 7.

Then Caron went for the ride as Blues chairman Mike Shanahan and team president Jack Quinn became the NHL rebels. No team dared sign free agents back then, but the Blues did – pluck Scott Stevens from the Washington Capitals in 1990 at the cost of five first-round draft picks.

That move flummoxed David Poile, then the Capital's general manager. "We're in uncharted ground here," Poile said at the time. “Scott is the first player in his compensation category to do this. There is no history to relate to. ”

When the Blues tried their next big play, signing New Jersey Devils free agent Brendan Shanahan in 1991, the league was ready to strike back. The so-called "independent arbitrator," Judge Edward Houston, famously awarded Stevens to the Devils. Ouch!

That harsh rebuke only made the Blues more aggressive. They landed elite offensive defense man Phil Housley in 1993 and, when that didn't pay off, flipped him for Al MacInnis a year later.

The franchise stunningly hired Cup winning coach Mike Keenan as coach and general manager in 1994, though he was under contract with the New York Rangers for four more years. Such trifling details were of no concern to Blues management.

That was the ultimate outlaw play, and it triggered a steady barrage of player moves. "The management there has promoted superstar status without the team concept," Keenan observed. "They filled the building without developing a winning culture."

But the oily-haired despot didn't have Mark Messier again, so he failed to bring the Cup to St. Louis.

(Long after that renegade regime was gone, the NHL punished the blues for vindictive tampering with Stevens when he was due to a new deal in New Jersey. That "abhorrent" conduct, as commissioner Gary Bettman put it, cost the club $ 1.4 million and a first-round pick. Hey, if you're not cheating, you're not right, right?)

The next big push came after Bill and Nancy Laurie poured some of their Walmart billions into the franchise in 1999. Once again the blues targeted big-name talent, landing, among others, forwards Keith Tkachuk and Doug Weight.

They reached one conference final in that era – in 2001, with Joel Quenneville behind the bench and Pronger and MacInnis patrolling the blue line – and in the hunt before the Lauries ordered a four sale and fled pro sports

The franchise rebuilt during the Dave Checketts era. Then Tom Stillman's ownership group stepped in and raised the bar, spending the salary cap again and again. That commitment spurred the 2016 run to the semifinals and this championship bid.

“We have two overriding goals: No. 1, win the Stanley Cup; it's time to do that, ”Stillman said after taking charge. “The second is to make sure the Blues franchise is stable and sustainable here in St. Louis for years to come. No. 1 would help with No. 2. ”