Goldilocks planets ‘with a slope’ can develop a more complex life 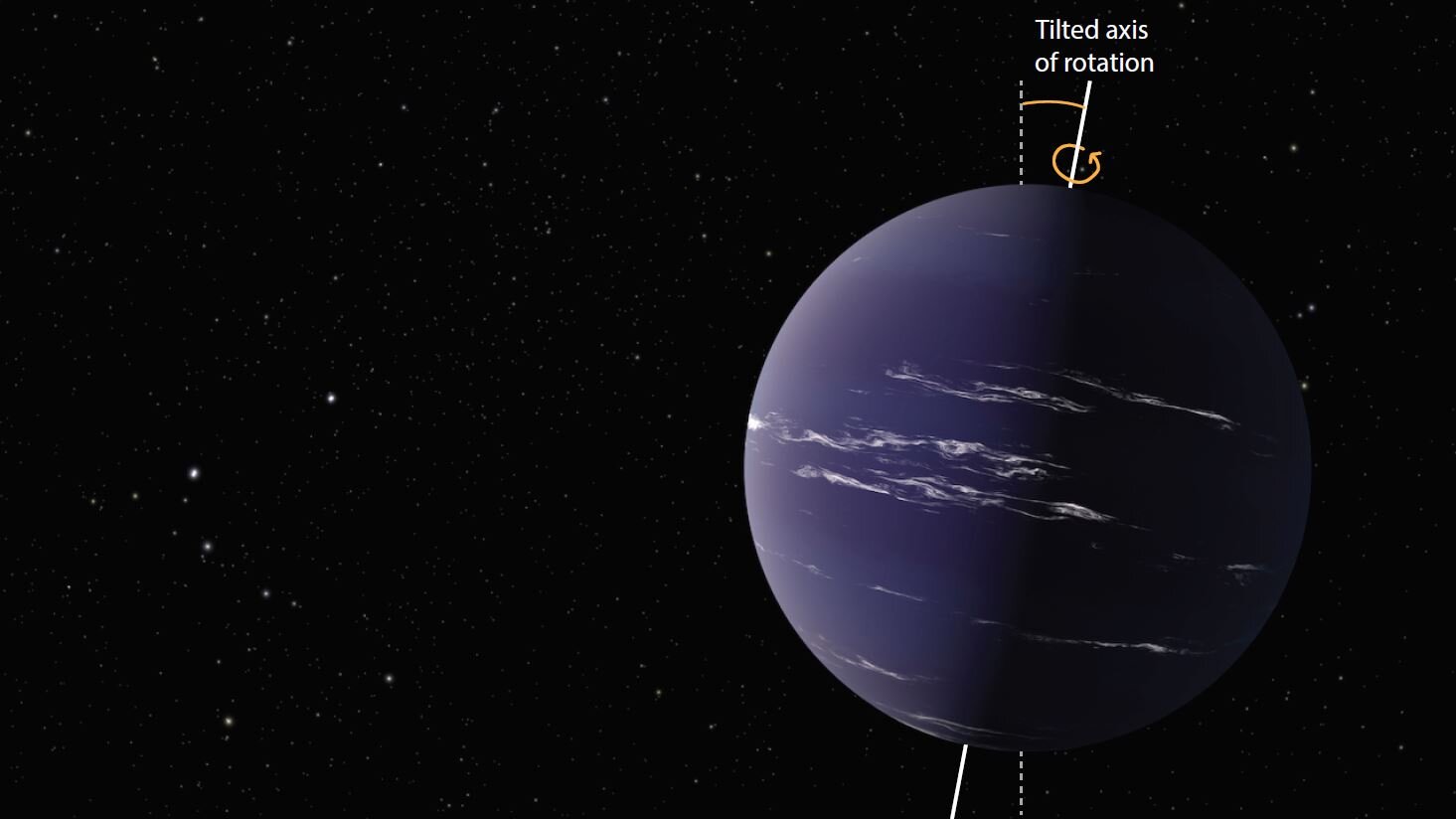 Planets tilted on their axis, like Earth, are more capable of developing a complex life. This finding will help scientists refine the search for more advanced life on exoplanets. This NASA-funded research will be presented at the Goldschmidt Geochemistry Conference.

Since the first discovery of exoplanets (planets orbiting distant stars) in 1992, scientists have been searching for worlds that can support life. It is believed that in order to maintain a basic life, exoplanets must be at just the right distance from their stars to allow liquid water to exist; the so-called “Goldilocks zone”. For a more advanced life, however, other factors are also important, especially atmospheric oxygen.

Oxygen plays a critical role in respiration, the chemical process that drives metabolism in the most complex living things. Some basic life forms produce oxygen in small amounts, but for more complex life forms, such as plants and animals, oxygen is critical. Early soil had little oxygen, although basic life forms existed.

The researchers produced a sophisticated model of the conditions required for life on earth to produce oxygen. The model allowed them to enter various parameters to show how changing conditions on a planet can change the amount of oxygen produced by photosynthetic life.

Lead researcher Stephanie Olson (Purdue University) said: “The model allows us to change things like day length, the amount of atmosphere or the distribution of land to see how marine environments and the oxygen-producing life in the oceans react.”

The researchers found that increasing day length, higher surface pressures and the emergence of continents all affect ocean circulation patterns and associated food transport in ways that can increase oxygen production. They believe that these conditions may have contributed to the Earth’s oxygenation by favoring oxygen transfer to the atmosphere, as the Earth’s rotation has slowed, its continents have grown, and surface pressure has increased over time.

“The most interesting result came when we modeled ‘orbital obliquity’ – in other words, how the planet tilts as it orbits its star,” explained Megan Barnett, a University of Chicago student involved in the study. She continued: “Larger tilting increased photosynthetic oxygen production in the ocean in our model, in part by increasing the efficiency with which biological ingredients are recycled. The effect was equivalent to doubling the amount of nutrients that sustain life.”

The globe slopes on its axis at an angle of 23.5 degrees. This gives us our seasons where parts of the earth get more direct sunlight in summer than in winter. However, not all planets in our solar system are tilted like Earth: Uranus is tilted at 98 degrees, while mercury is not tilted at all. “By comparison, the Leaning Tower of Pisa slopes about 4 degrees, so planetary slopes can be quite large,” Barnett said.

Dr. Olson continued “There are several factors to consider to look for life on another planet. The planet must be at the right distance from its star to allow liquid water and have the chemical ingredients for the origin of life. But not every garden will be good hosts for life as we know it and an even smaller subset will have suitable habitats for life to evolve towards animal quality complexity.Small slopes or extreme seasonality on planets with Uranus-like slopes can limit the spread of life, but modest slope of a planet on its axis can increase the likelihood that it will develop oxygenated atmospheres that can serve as beacons for microbial life and nourish the metabolism of large organisms.The bottom is that worlds that are modestly tilted on their axes, “may be more likely to develop a complex life. This helps us narrow down the search for a complex, perhaps even intelligent life in the universe.”

Timothy Lyons, a senior professor of biogeochemistry at the Department of Earth and Planetary Sciences at the University of California, Riverside, commented: “The first biological production of oxygen on Earth and its first noticeable accumulation in the atmosphere and oceans are milestones in the history of life on Earth. Earth studies teach us that oxygen may be one of our most important biosignatures in the search for life on distant exoplanets, building on the experience gained from Earth through numerical simulations, Olson and colleagues have explored a critical area of planetary possibilities wider than those observed throughout Earth’s history.Importantly, this work reveals how key factors, including a planet’s seasonality, could increase or decrease the ability to find oxygen derived from life outside our solar system. are certain that help guide that life. “

Professor Lyons was not involved in this work.

Earth-like biobeads on other planets can be rare

Delivered by the Goldschmidt Conference