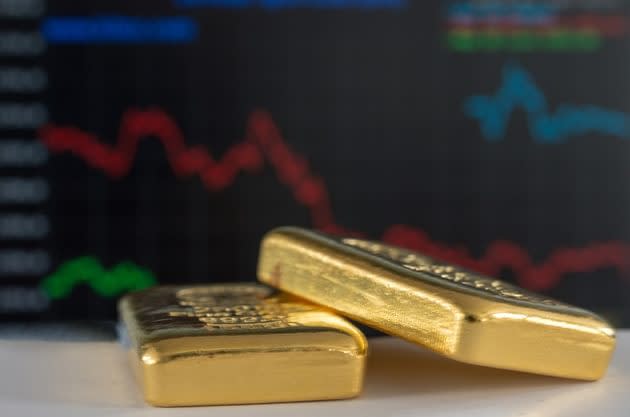 After consolidating most of the week, gold futures fell sharply on Friday in response to higher tax yields and increased appetite for risky assets. The catalysts behind the move were reports that the US and China were considering offering concessions to move the two economic powerhouses to an agreement that would end the ongoing trade conflict.

Treasury dividends and stocks rose Friday after a CNBC report that China had offered a six-year increase in US imports during recent trade negotiations. Bloomberg News also reported that the agreement would aim to reduce the annual trade deficit in the US by 2024.

On Thursday, it was reported that Secretary of State Steven Mnuchin was considering the idea of ​​easing tariffs on Chinese goods as a means of moving along the negotiations about a new trade agreement. However, the response to this news was cautious because the report was rejected by a senior administrative official who told CNBC that there is no discussion about raising tariffs now.

It was a quiet week as far as financial releases. In the US, the Producer Price Index fell by 0.2%, more than expected. This news actually supported gold prices earlier in the week. This news also confirmed Fed's assessment of subdued inflation. It also supported Fed's plan to pause rising rates, although the market now seems to believe that a trade deal will put the central bank back on track to tighten further.

This week, the price measure in gold will continue to be driven by the movement in US tax yields and appetite for risk. Rising yields and stock prices should dampen the demand for gold. Investors are likely to continue to focus on US-China trade negotiation events, although we may see some increased concerns over the partial US interruption.

This article was originally posted on FX Empire