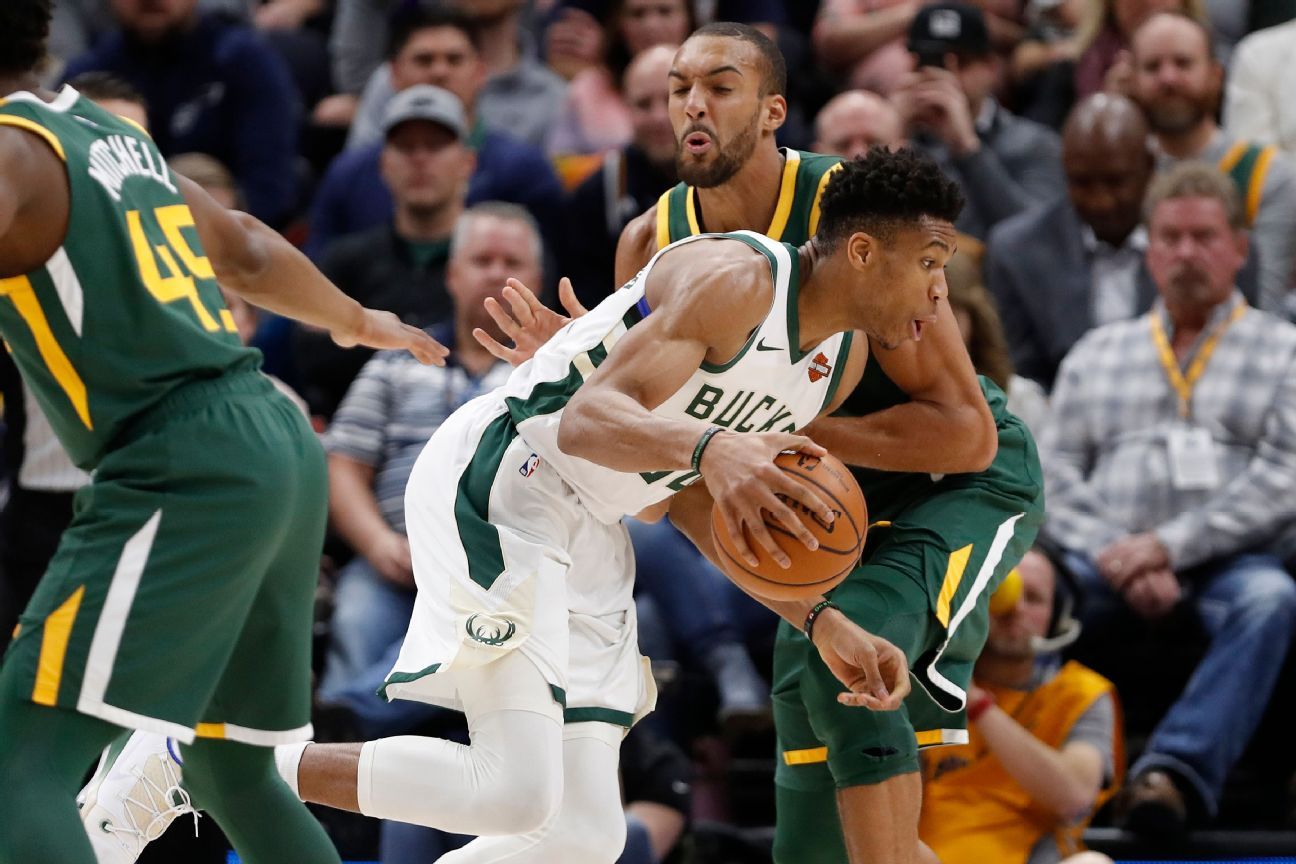 NBA Defensive Player of the Year Rudy Gobert and MVP finalists Giannis Antetokounmpo and Paul George were the leading vote-getters for the All-Defensive first team.

The Boston Celtics 'Marcus Smart and the Milwaukee Bucks' Eric Bledsoe rounded out the first team that was announced Wednesday. ] Gobert finished with 97 first team points and 1

96 points and as a result earned himself a $ 500,000 bonus from the Jazz. This is the Utah center's third straight first-team selection.

Smart and Bledsoe The second team included the Golden State Warriors' Draymond Green and Klay Thompson, who earned his first selection. They were joined by the Toronto Raptors 'Kawhi Leonard, the Philadelphia 76ers' Joel Embiid and the New Orleans Pelicans guard Jrue Holiday, who earned a $ 100,000 bonus for the honor.

The teams were selected by a panel of 100 writers and broadcasters.

ESPN's Bobby Marks and the Associated Press contributed to this report.