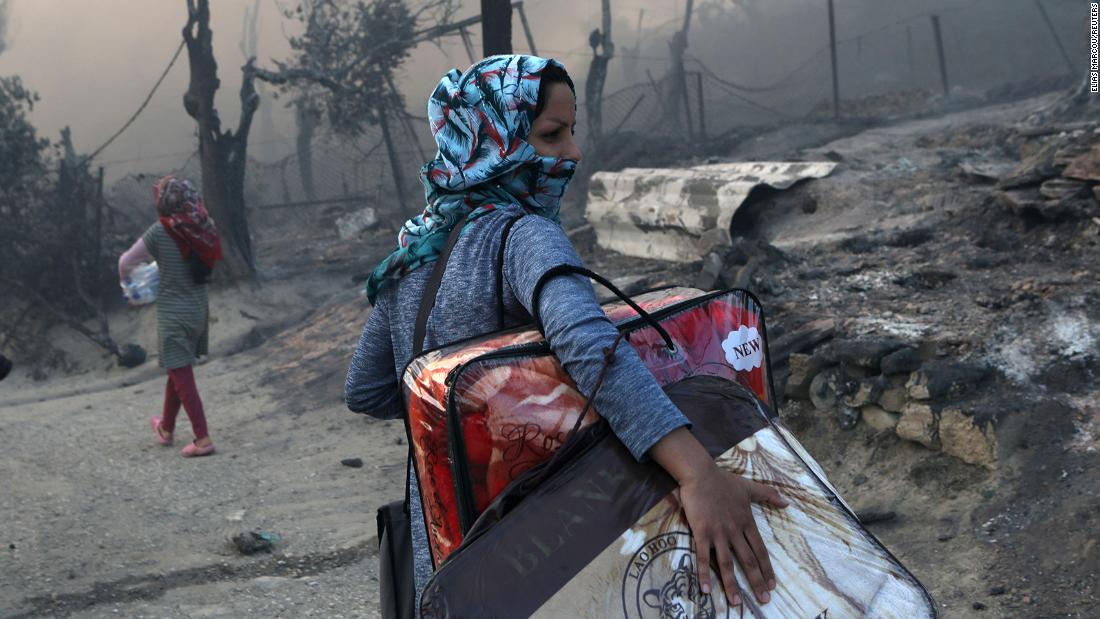 The country’s decision comes after a major fire destroyed an immigrant camp on the Greek island of Lesbos.

A statement from Seibert said 1,553 people from 408 families who had already secured refugee status would be admitted.

In addition, the German government is “committed to a further European solution with other inviting Member States”, he said.

In the context of such a European solution, Germany will also participate “in order to make further efforts in line with the size of our country”, the statement said.

50 unaccompanied minors from the burned-out camp.

Five people were arrested over the fire on Tuesday and a search is still underway. The three adults and two minors are Afghan nationals, Greek police told CNN.

Moria had been under lockdown measures due to the coronavirus pandemic.

“What is happening in Moria is a humanitarian catastrophe,” Maas wrote on 9 September.

“As soon as possible, we need to clarify with the European Commission and other EU countries that are willing to help how we can support Greece. This includes the distribution of those fleeing among those in the EU who are willing to accept them. “

Germany has worked with France to help Moria migrants, and French President Emmanuel Macron has said he hopes European countries will meet to resolve the crisis.

“We are coordinating to offer a bill, Germany and France, and we are trying to include a maximum of European countries, in particular to receive refugees and minors, depending on the requirements of the Greek government,” he said on 10 September.

Thousands of migrants and refugees have been stranded in Moria and left homeless in the wake of the fire. Greece is building a new camp, but many of Moria’s former residents do not want to return to a camp.

Human rights groups and NGOs have warned that migrants live in dangerous conditions that lack sanitation.

“European leaders should act quickly to bring the people stranded on Lesbos to safety,” Belkis Wille, senior crisis and conflict researcher at Human Rights Watch (HRW), said in a statement on Wednesday.

HRW also warned that vulnerable women had been left alone on the streets of Lesbos “without clear provisions for their protection.”