Germany: The Texas Museum stands by the ownership of contentious art 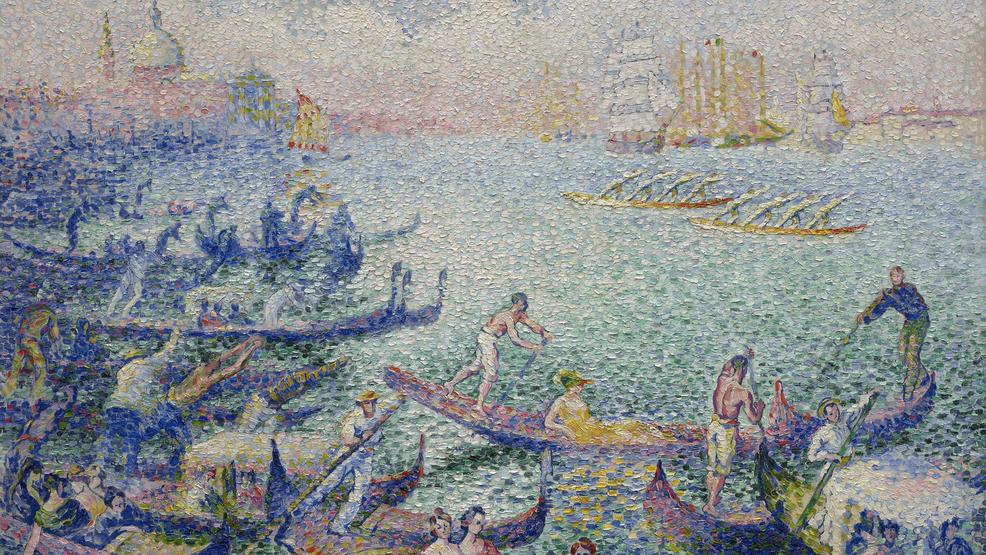 This image from the Museum of Fine Arts, Houston, shows the Henri-Edmond Cross "Regatta in Venice" from 1

903/04, currently displayed at the Barberini Museum in Potsdam, near Berlin. The painting is on loan from the Museum of Fine Arts in Houston. The heirs of a Jewish collector say the painting was stolen from their family by the Nazis, and has filed a legal request for return, a German newspaper reported Wednesday, January 30, 2019. (Rights of the Museum of Fine Arts, Houston via AP) [19659002] BERLIN (AP) –

On Friday, a Houston museum said it was "by its ownership" of a painting on lending to an exhibition in Germany, which is claimed to be Nazi-martial art.

Henri Edmond Kors "Regatta in Venice" was borrowed from Houston's Museum of Fine Arts for a show on the French artist at the Barberini Museum in Potsdam, just outside Berlin. Heirs of the Jewish French collector Gaston Levy says it was stolen from their family by the Nazis and has filed a legal request for its return.

The Texas Museum said it had filed a lawful filing in Potsdam on Thursday. It's stated in a statement that "based on facts about the provenance research, the museum stands by its ownership of & # 39; Regatta in Venice. & # 39;"

It said in his filing that no evidence has been provided that the plaintiffs are Levy's legitimate heirs and that Levy did not claim damages for the piece in 1956 when he filed other pieces in his collection, including other pieces of Cross.

A lawyer for the heirs Christoph Partsch said last week that painting was confiscated by the Nazis in 1940. He said his clients had first found out if the missing painting was present and demanded it return. He said the family lives in Europe, but did not want to further identify them.

The Houston Museum said that the painting was restored in 1949 to Natasha Flieglers, a Parisian-based collector who then resides in New York and that she sent it to Pierre Matisse Gallery in New York for sale in 1953.