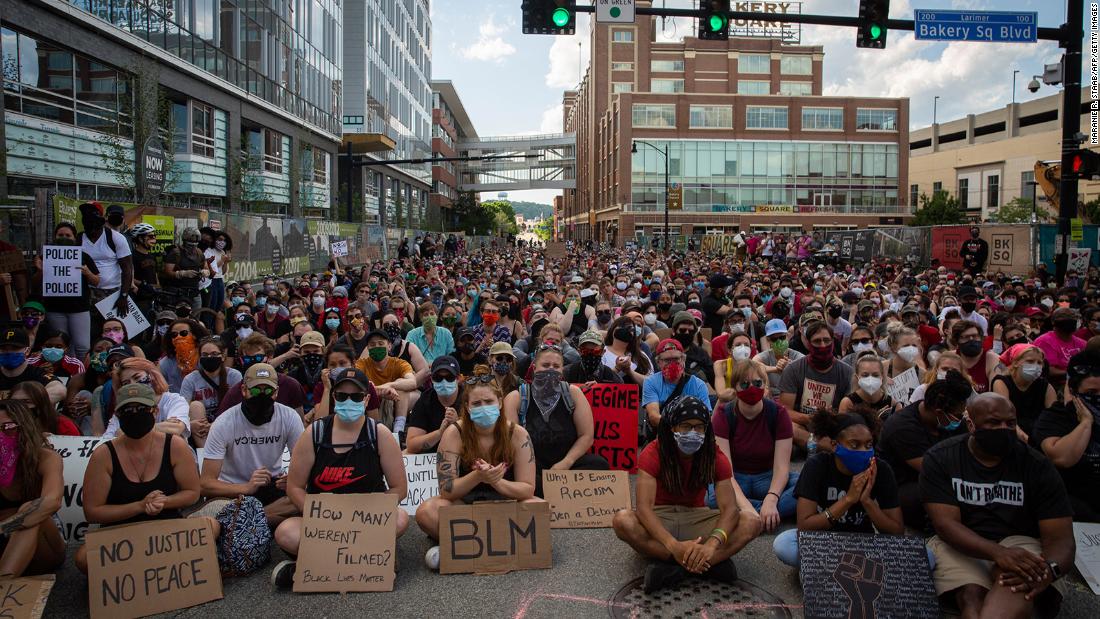 There have been protests in solidarity with Black Lives Matter around the world all week – and they have only gained momentum in just the last two days.

In London, protesters have used the movement not only to show solidarity, but also attention to the issues of racial justice in their country.

“I feel that what happened in the United States was just the spark that went out everywhere. And (racism) is happening here, I̵

Another protester said, “When you see it happening all over the world, you feel like a part of yourself is dying.”

Protestants here also draw attention to racism in the country – specifically to the country’s indigenous community, which has long been subject to discrimination, marginalization, mass incarceration and death in police custody.

The protests here come after a 17-year-old native boy was injured by a Sydney police officer on Monday.

In Canada, Prime Minister Justin Trudeau attended a Black Lives Matter Rally in Ottawa on Saturday. He knelt with protesters for 8 minutes and 46 seconds – how long the police officer had his knee on George Floyd’s neck.

Several attendees thanked him for being there – but not everyone was as excited about his support, with some pointing to his history of blackface.

Other protests around the world took place in countries from Lebanon to South Korea to South Africa.