George F. Will: How can presidential candidates be so stupid? 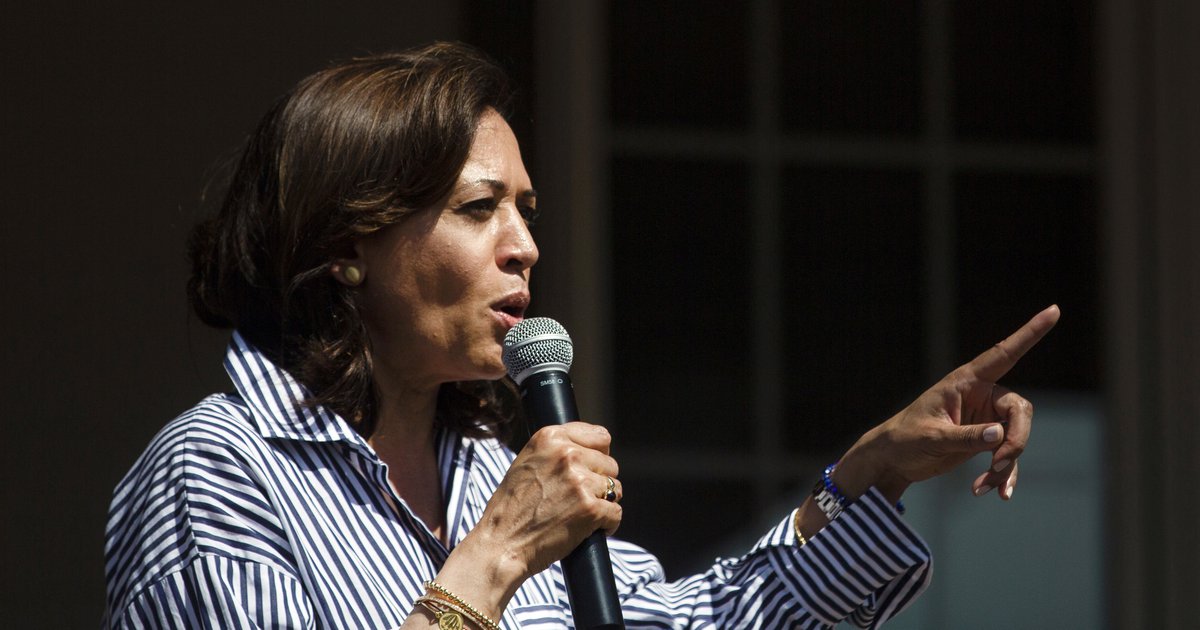 Washington • If California Sen. Kamala Harris elected president in 2020 and re-elected in 2024 when she leaves the office for 114 months from now, she may have a coherent answer to the question of whether the Americans should be banned having 217 million of them currently: private health insurance. Her 22 weeks of conflicting statements and her Trumpian meretriciousness about her contradictions reveal a passion for ending the healthcare complex's 18% of US economy. And her bumblings illustrate how many of the democratic presidential aspirants who are close to their intellectual silos have lost ̵

1; if they ever had it – an ability to speak as and to normal Americans.

Seven days after announcing her candidacy in January, Harris, appearing on CNN, approved "Medicare for All" and was asked: So people "who like their insurance, don't get them to keep it? " She replied, "The idea is that everyone gets access to medical care, and you don't have to go through the process of going through an insurance company, giving you approval, going through the paperwork, any delay that might be required … Let's eliminate all that. "More governments, less paperwork. Really.

She later, as The New York Times – not an unsympathetic accountant of his campaign – says "waffled" about private insurance. But in the second Miami debate, she raised her hand ("as fast as Mr. Sanders," the Times reported) when a moderator asked, "Many people look at home, have health insurance through their employer. Who would abolish their private insurance for the benefit of for a government plan? "Harris also raised his hand as quickly as the beds Elizabeth Warren had made the night before that exclaimed" I'm with Bernie. "Sen. Bernie Sanders is the purest advocate of a state-sponsored health care system.

The next morning at MSNBC, Harris said "No, I do not" support ending private health insurance, claiming to hear the pronouns "their" in the debate moderator's question (see paragraph above) as an ungrammatical reference to each candidate. This alibi may be less inappropriate if she had not recently said in a detailed answer to an hour's study of her health insurance that she preferred to abolish private insurance.

You can't touch a bell, and Harris can't erase the fact that she has repeatedly said she wants to take from 217 million Americans – 80 million more than voted in 2016 – something most of them like . And she is striking at a core function of organized labor that is negotiating the employer health service as untaxed compensation.

Likewise, maladroit was her debate decision to pack herself into an unpopular policy that ended 20 years ago. Nothing did more to burn the conservative ascent in the 1980s than the 1970s' enthusiasm for some judges and politicians for compulsory shelling of (others) children away from their neighborhood schools and awarding children to skin-based schools to engineer a desired race balance. In a 1973 Gallup survey, only 4% of whites and 9% of black buses chose from many different ways of achieving integration.

Nevertheless, Harris chose this problem as a cudgel for bludgeon Joe Biden. He apparently lacked the courage of what once was supposed to be his beliefs, and had neither the gum nor the mental nimbleness to ask her that, as president, she would favor reviving the compulsory bushing of children away from home, like many parents, black and white, bought because of their proximity to desirable neighborhood schools. Biden becomes a convincing contortionist, who with his retreat from 40 years of support for the Hyde change. Suddenly he favors federal funding of abortion – forcing many taxpayers to be complicated in a practice they hate.

Many Democrats trying to replace Donald Trump pay him the most sincere form of flattery: imitation. He was preparing to campaign for the president by calling America a "hellhole" and he began his presidency with an initial address that his wild substitutions mimic their versions of his tropics on "American carnage."