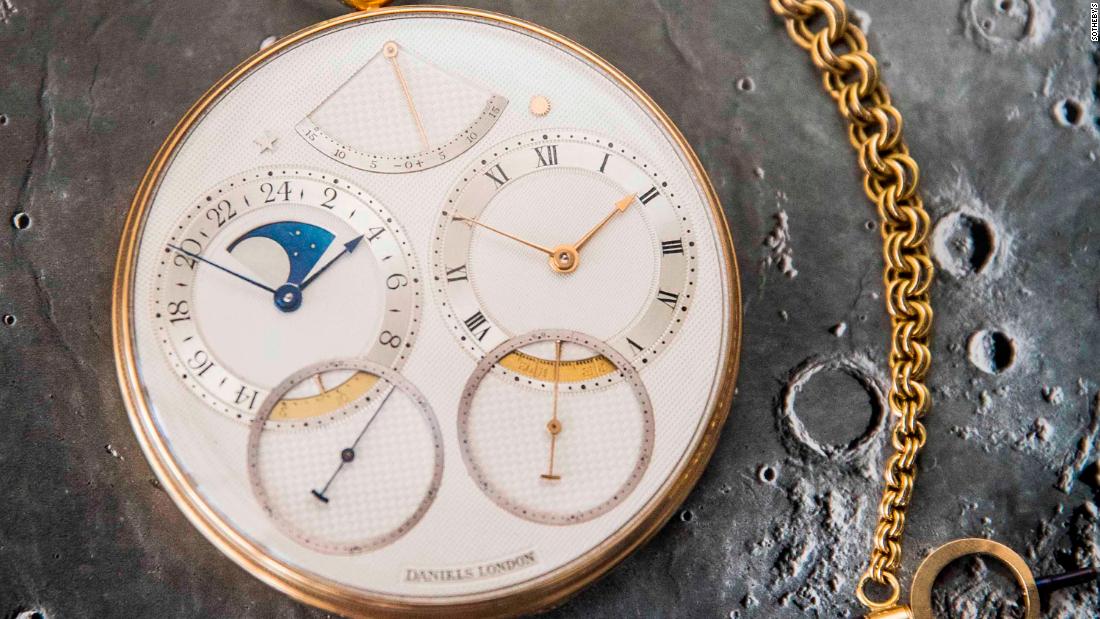 A timepiece by famous English watchmaker George Daniels has set a new world record, selling at auction for £ 3.6 million ($ 4.5 million) at auction.
The Space Traveler, a yellow-gold watch with a double-link chain and a gold and blued-steel, double-ended key, sold at Sotheby's in London and set a record for an English watch.

The watch , described by Daniels as "the child of watch you would need on your package tour to Mars," was one of only 23 pocket timepieces handmade by the master watchmaker.

The watch, which sold for a record $ 4.5 million, was inspired by the 1969 moon landing. Credit: Sotheby's

"Daniels was determined that his watch could be of theoretical use to an astronaut, he therefore set out to devise a watch that displayed, simultaneously , both mean-solar and sidereal time, "Sotheby's said.

The watch, which was completed in 1982, also features Daniels' independent double wheel escapement, which the horologist invented in 1974.

He later created another version of the watch, Space Traveler II, which remained in his own collection until his death and was later sold at Sotheby's London in September 2017 for £ 3.1 million – the previous record for an English watch.

Considered one of the finest watch makers of the 20th century, Daniels created his timepieces by hand – including the case, dial and movement. He died in 2011.