Geiger counters are so last summer. Lasers can detect radioactive material too, the register 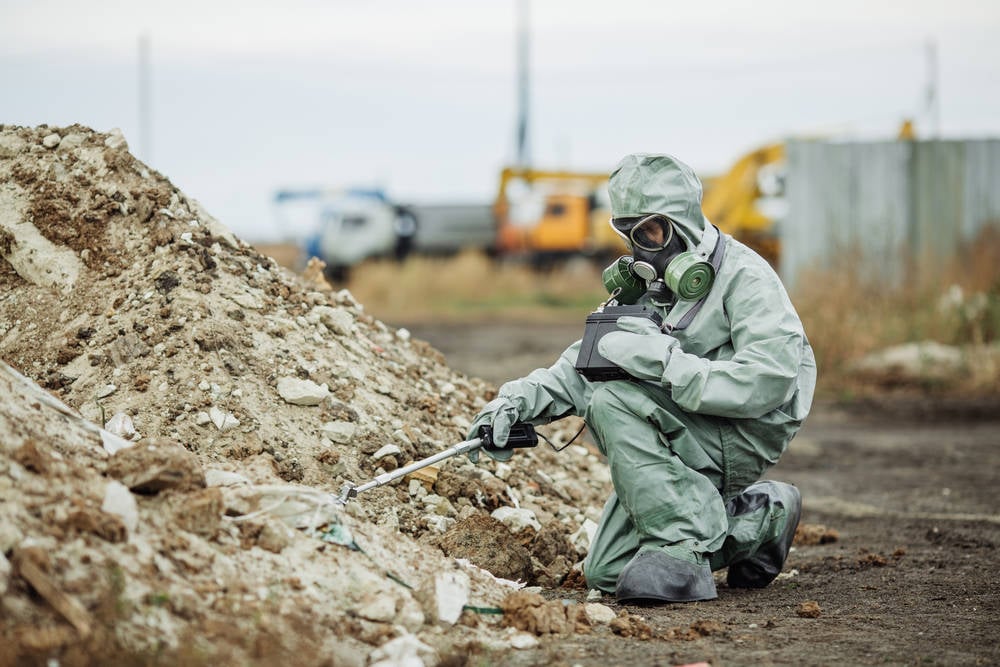 Lasers could be used to detect radioactive material secretly transported to and from ports one day, according to a group of physicists from the University of Maryland in the US.

The boffins describe a proof-of-concept method that can sniff out the particles emitted from radioactive decay using a technique known as an "electron avalanche". The process is a bit complicated and contains multiple steps. Radioactive material like uranium and thorium decays over time by ejecting alpha particles from its nucleus. The alpha particles can ionize nearby air molecules by robbing them of their electrons. The researchers call these free electrons "seed electrons" and they quickly attach themselves to nearby oxygen molecules.

Here's where the laser comes in. An infrared laser can ionise those seeds electronically attached to the oxygen molecules. The energy from the laser accelerates these electrons and they go on to collide with other molecules in the air, ionizing them to create an avalanche of free electrons. ”A simple view of avalanche is that after one collision, you have two electrons , ”Said Howard Milchberg, author of the paper published this month in Science Advances and a professor of physics and electrical and computer engineering at the University of Maryland (UMD). “Then, this happens again and you have four. Then the whole thing cascades until you have full ionization, where all the atoms in the system have at least one electron removed. ”

Now, the air in the laser's path is ionised and affects the photons in the laser beam. These photons are reflected and backscattered from colliding with the ionised air molecules to reach a silicon photodiode detector. The spectrum of the backscattered light is processed using software to reveal details of the density of the seed electrons, which determines the level of radioactivity.

Visited the Grand Canyon since 2000? You'll have great photos – and maybe a bit of unwanted radiation [READ MORE]

"If there is no radioactivity, there are no seed electrons so no avalanche breakdown occurs," Robert Schwartz, first author of the paper and a physics graduate from UMD, The Register . “When you introduce a radioactive source there are seed electrons so we can see the breakdown. It is a very sensitive technique. Sources as weak as 1 microgram of Cobalt-60 produce detectable levels of air ionization. ”

At the moment the technique has only measured radioactive material from distances up to one meter away, so it's not really much of an improvement over current methods like using a Geiger counter yet.

But Schwartz reckoned that scaling up the process could increase that distance to or even 100 meters if a stronger laser pulse was used. “The benefit of our method is that it is inherently a remote process. With further development, it could detect radioactive material inside a box from the length of a football field. "

He believed that such a system could be fitted inside a of maybe in years' time or so." Anywhere you can park a truck, you can deploy such a system. This would provide a very powerful tool to monitor activity at ports. "®