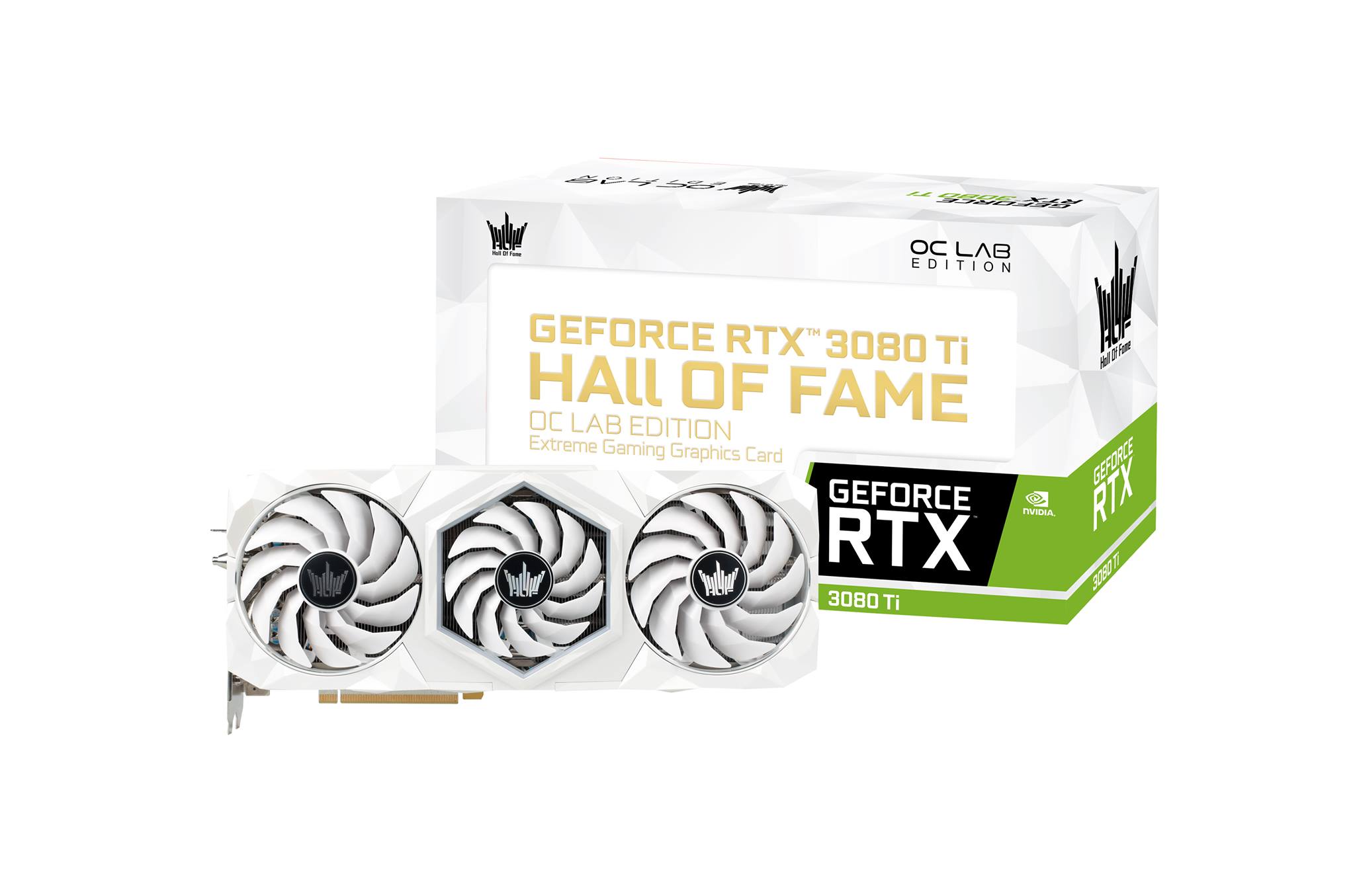 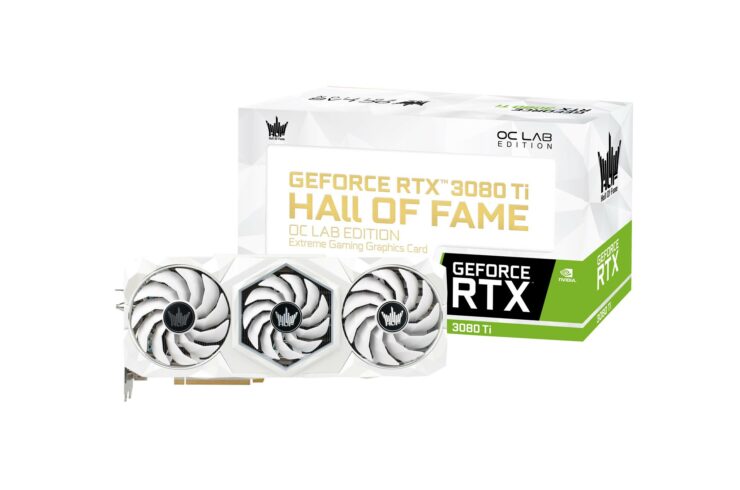 When it comes to the top graphics cards for overclocking, the GALAX Hall of Fame series cards are great options for those who want to push their cards to the extreme. Now GALAX has unveiled a HOF series card for the NVIDIA GeForce RTX 3080 Ti in their latest Facebook post.

Compared to the GALAX RTX 3090 HOF OC Lab, there have been no major changes on the map. GALAX RTX 3080 Ti HOC OC Lab has the signed white PCB seen on the graphics cards in the HOF series, but GALAX has not yet shared a picture of the PCB. Looking from the outside in, we can see that the card is powered by a triple 8-pin PCIe power connector, but lacks the NVLink connector while still having the cutout on the backplate. On top of the reference TDP for both the RTX 3080 Ti and the 3090, which is 350W, this leads us to believe that the circuit board is identical or almost identical on the RTX 3080 Ti compared to the RTX 3090.

The biggest visible change compared to the RTX 3090 HOF OC Lab is that the RTX 3080 Ti HOF OC Lab does not have the HOF Panel III screen. This change does not affect performance, but it does affect the aesthetics of the card. The HOF Panel III screen could display real-time information or animations. The OC Lab name comes from GALAX’s own overclocking department, which is responsible for designing Hall of Fame cards, which in turn are known for their great overclocking capabilities.

The availability and pricing of the GALAX RTX 3080 Ti HOF OC Lab is currently unknown, but we can expect it to carry one of the highest prices out of all AIB enthusiast models seen with previous HOF cards. The HOF Panel III display can return another HOF model of the RTX 3080 Ti.