G7: Here’s what to know about the meeting between world leaders in England 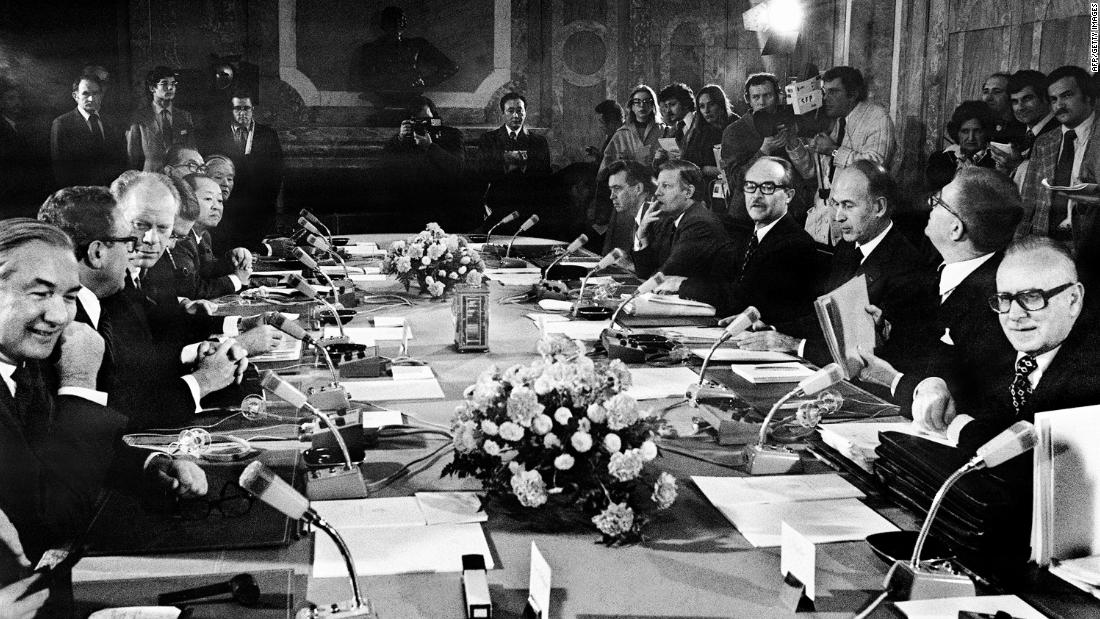 G7 is the shorthand for Group of Seven, an organization of leaders from some of the world’s largest economies: Canada, France, Germany, Italy, Japan, the United Kingdom and the United States.

Russia was indefinitely suspended from the group – then known as the G8 – in 2014 after the majority of member states allied themselves against its annexation of Crimea. It was the first violation of a European country’s borders since World War II.

What does the G7 do?

Members of the G7 meet annually for a summit to discuss pressing issues on the global stage and coordinate policy.

International security and the world economy are often topics of discussion, although it is expected that the recovery from the Covid-19 pandemic will dominate this year’s meeting.

In a pre-summit statement, British Prime Minister Boris Johnson said he would urge his G7 counterparts at the summit to make concrete commitments to vaccinate the world and provide support for “Global Pandemic Radar” – a new global surveillance system designed to protect immunization programs.

What power does the G7 have?

The G7 is primarily a place for coordination, and the group has made decisions of global significance.

Prior to this year’s summit, for example, G7 finance ministers agreed to back a global minimum tax of at least 15% on multinational companies. The G7 group also agreed that the largest companies should pay taxes where they generate sales and not just where they have a physical presence.
RELATED: Why Biden’s trip abroad is so unique and so important

What’s the story of the G7?

The meetings began as the “Library Group,” founded in the 1970s by then-US Treasury Secretary George Shultz.

Finance ministers from the United States, France, Germany and the United Kingdom met for informal “fire chats” to try to stabilize currency turbulence.

Japan joined shortly afterwards, and in 1975 – when two of the original participants had become French President and German President – the meetings were transformed into assemblies of Heads of State and Government.

Canada and Italy soon joined, and they became known as the group of seven.