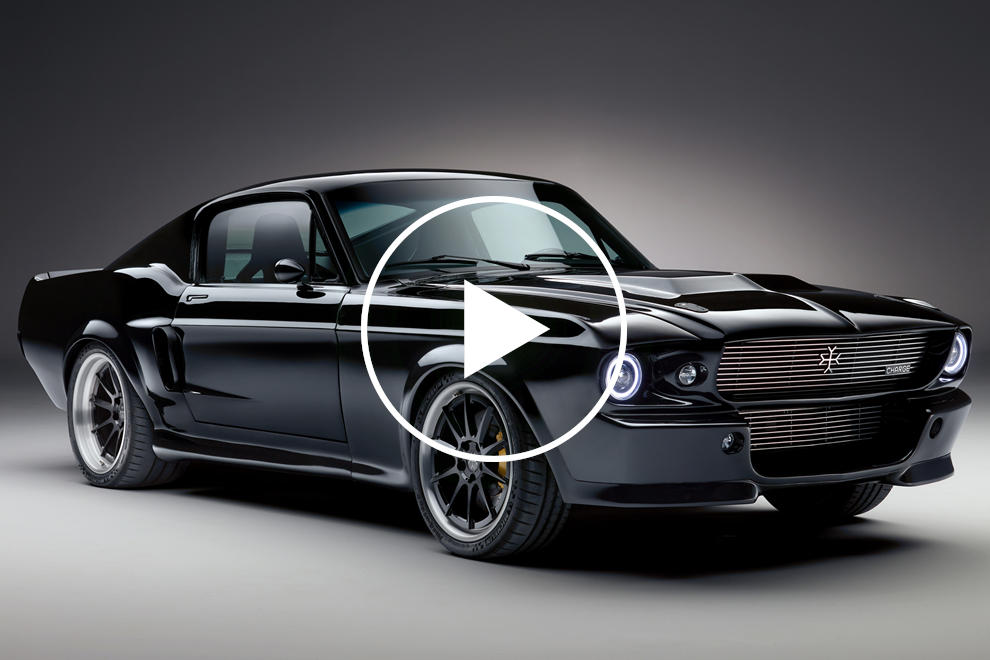 With this setup, Charge Cars claims the electric Mustang can hit 0-62 mph in under 3.99 seconds and reach a top speed of 149 mph, making it significantly faster than the original first-generation Mustang it's based on. Driving range is estimated to be 200 miles

Compared to the original Mustang, the new electric variant looks more aggressive thanks to its bulging hood, large grille extending into the lower fascia, and a spoiler sculpted into the trunk member. While the exterior is clearly retro-inspired, the interior is high-tech and modern. A video posted by the company gives us a look inside the cabin, which features a large Tesla-style tablet screen on the center stack allowing the driver to switch from rear-to-wheel drive and select the suspension mode.