From Humble Beginnings to Haunting Tragedy: 20 Secrets About Reba McEntire You Probably Forgot 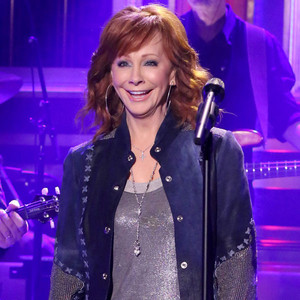 Very few people have had a career like Reba McEntire 's.

Not only has the country music icon just released here 29th studio album, Stronger Than the Truth but she's gearing up host of the Academy of Country Music Awards live from Las Vegas on Sunday, April 7 for a landmark 16th time after first sharing the gig all the way back in 1986. Those impressive are indicative of the sort of unparalleled career the daughter of a rodeo champ has been able to carve out for herself.

Reba's truly done it all. Movies? Yep. Her own TV show? Two of 'em. Broadway? You betcha. A Vegas residency? Happening as we speak. A Kennedy Center Honor? With a career like this, one with 35 no. 1

singles and over 56 million albums sold, the only surprise was that it took as long as 2018 to give her the award for her lifetime artistic achievements.

Though she is undeniably one of the most recognizable entertainers in the world — you don ' t attain first-name-only level of celebrity by accident — she's always managed to maintain that level of homespun charm that's endeared here to fans for decades. No easy feat. "I'm the first to admit, I'm very competitive," she explained to the Saturday Evening Post in 2018. "I love to play games, and I love to win, but when I lose, I'm the first one to start clapping and say, 'Congratulations, now let's do it again, because I'm going to whip your butt.' I grew up on a working cattle ranch. My daddy and my grandpap were world champion cowboys. My brother and I were always competing, saying, "Anything you can do I can do better." You wanted to win, but it was also a game. "

While Reba's undoubtedly won more games than she's lost in the four decades since she broke onto the country scene, her life hasn't been without her hardships. Not only has she found herself unlucky in love twice now, but the singer suffered a loss in 1991 that was devastating enough to sideline the toughest of us.

Born in 1955, Reba learned at an early age that she just might have what it takes to make money singing. When she was four years old, she earned a nickel singing "Jesus Loves Me" while standing in a hotel lobby in Cheyenne, Wy., Where her father was competing in a rodeo. According to 2018 Wall Street Journal article, she got the idea from watching her older brother Pake earn a quarter for singing "Hound Dog" for some delighted cowboys.

By 5, Reba was taking driving lessons out of the family ranch in Oklahoma, helping drive her father's truck while pushing hay off the back to feed the cattle. And when she turned 16, she won the title of Miss Ford Country thanks to her winning essay. Her prize? The use of a new ford truck for six months. And in that time, she puts 18,000 miles on the car

The Family Business
Reba was born with the rodeo in her blood. Her grandfather, John Wesley McEntire won the Steer Roping World Champion title in 1934. And her father, Clark McEntire claimed the title in 1957, '58, and '61. Daddy was world-champion steer roper three years. Grandpap was a world-champion steer roper, "she told CMT in 2011." So we had champions in our family, and I consider my mom a champion for just putting up with all four of us kids. "


Reba's first love was barrel racing, which involves riding a horse while attempting to complete a cloverleaf pattern around barrels in the fastest time, and competed to rodeos in her youth. But her champion daddy got real with his daughter about her future prospects in the sport and encouraged her to pursue singing instead. As she told CMT in 2011, it hurt her feelings, but she quickly realized she had a talent that would change her life. "When I got good attention from the singing, I knew that was probably where I needed to land," she said.

In early 2001, Reba starred in the Broadway revival of Annie Get Your Gun with a performance The New York Times called, "Without qualification the best performance by an actress in a musical comedy this season. " The run market here second time playing sharpshooter Annie, following the 1995 TV movie Buffalo Girls which co-starred Anjelica Huston as Calamity Jane.

In 1974, Reba was hired to perform the national anthem at the National Rodeo in Oklahoma City. During the performance, she caught the ear of country star Red Steagall who helped her record and land a deal with Mercury Records. In 2007, the pair recorded the song "Here We Go Again" together

While waiting to catch her big break, Reba enrolled at Southeastern Oklahoma State University with the intention of becoming an elementary school teacher, following in the footsteps of her mother. Of course, it was her minor music that wound up coming in.

In 1976, Reba married steer wrestling champion and rancher Charlie Battles who was a decade older than her with two sons from a previous marriage. Until their divorce in 1987, the couple shared a ranch in Oklahoma. Upon splitting, Reba left her home state and made her way to Nashville

When Reba made her debut performance at Nashville's iconic The Grand Ole Opry at the start of her career in 1977, she almost wasn't let in the door. Her booking agent had to make some calls after her name was erroneously left off security's list of performers. And the fact that her parents and older sister drove 1,400 miles to see here, the performance was cut to more than three minutes. Why? A surprise appearance from Dolly Parton . Despite the rocky start, her relationship with the Opry remains an important one. She was inducted into the Opry in 1986. "The Grand Ole Opry is a home," she said at the time. "It's a family. It's like a family reunion, when you come back and get to see everybody."

Reba's 1990 hit "Fancy" may be one of the most beloved tracks in her discography, but did you know it's actually a cover? The song, about a poor woman who turned to prostitution to build a better life, was actually first written and recorded in 1969 by Bobbie Gentry one of the first female artists to compose and produce her own material. "Fancy" is my strongest statement for women's lib, if you really list to it, "Bobbie said about the track in 1974." I agree wholeheartedly with that movement and all the serious issues that they stand for – equality, equal pay, day care centers and abortion rights

While on tour for her 1990 album, she suffered a great loss when one of her band's two charter jet planes crashed near San Diego, Calif. on March 16, 1991. Eight members of the band died in the accident, along with the pilot and co-pilot. "She was very close to all of them," a spokeswoman said at the time. "Reba is totally devastated by this. It's like losing part of your family." Despite the tragedy, she took the stage at the 63rd Academy Awards just days later, on March 25, to perform her Best Original Song nominee. Her sixteenth album, For My Broken Heart was released in October and dedicated to those who died in the accident


Back at the beginning of Faith Hill ' s career, she auditioned to one of Reba's backup singers and didn't get the gig. The woman who did, Paula Kaye Evans, was one of the eight people to lose their lives in a tragic plane crash in 1991. "Well, I didn't get it because I wasn't good enough. I don't think it I did not think I had anything to do with that for me. I wasn't a great background singer and I didn't get the part, "Larry King in 2006. "But I thought about the families of those who were lost and thought about Reba and Narvel." A year after that interview, Faith and Reba would release, called "Sleeping With the Telephone."

Reba made her film debut in the 1990 cult classic horror comedy Tremors alongside Kevin Bacon . She played Heather Gummer in the film, which was the story of a group of people living in Nevada fighting for their lives against subterranean worm-like creatures, and developed such a strong interest in acting as a result that she made it her second career.

A Reba by Any Other Name …

When Reba's eponymous sitcom debuted on The WB in 2001, it almost did so by a different name. When the show was developed and pitched to the singer, it had been originally written with her character named "Sally." She was convinced by producers that fans were better than the show used her real name, and Reba Nell Hart was born. (Nell is also the actual middle name.) The show ran until 2007, so looks like she was right.

Reba's acting career almost took off in a huge way in the mid-'90s when director James Cameron cast here as the "Unsinkable" Molly Brown in his epic blockbuster Titanic . However, it became clear that production on the film would extend well beyond the initial plans, which was forced to turn down as she had previously scheduled concert engagements that conflicted. The role of course went to Kathy Bates . A decade later, Reba and Kathy would team up for the 2006 adaptation of Charlotte's Web, landing their voices to Betsy and Bitsy, a pair of cows.

My Son, the Race Car Driver

Reba has one son with ex-husband Narvel, 29-year-old Shelby Blackstock . And in 2011, her baby started a career as a race car driver, a decision that made his mom want to pass out. "When I first went to the Daytona Speedway and were racing at Daytona, you know, they drop that green flag and here they come, racing around," she said during a 2018 interview on The Rachel Ray Show . "And I was sitting there filming, and all was able to see his car, and then underneath the helmet was this little bitty baby face! It just broke my heart! I was like," Ahh! ""

In 2012, Reba found herself the subject of a bizarre story circulating on the internet that had plunged to her death while filming a movie in a mountainous region of Austria. "There is a rumor going around that I was after falling off a mountain in Austria yesterday while shooting a movie," she wrote on Twitter. "While I would love to shoot a movie in Austria, I definitely did not fall off a mountain! I am dead! I am alive and kicking !!!"

When Friends Become Family
When Kelly Clarkson married Brandon Blackstock in 2013, the OG American Idol became family with Reba, as the country icon had been married to Narvel Blackstock Brandon's father, since 1989. "Thrilled to death, to have my buddy as my daughter-in-law," Reba told E! News at the time. "I mean, who could ask for more?" She and Narvel have since split, but she remains close to Kelly, but all of her step-children as well.

A New Kind of Colonel

In early 2018, as Kentucky Fried Chicken was introduced to the new Smoky Mountain BBQ Chicken, Reba was recruited to become the franchise next — and first female — Col. Sanders. "I grew up with Kentucky Fried Chicken. It's part of my story, and I'm so excited to be part of theirs," she said in a press release. "I have a lot of roles in my life – black of like the Colonel himself – but this is certainly the most unique one."

Reba, who released her 29th album (!!!) in April 2019, bears the enviable distinction of being the only solo country female artist to achieve No. 1 across four decades, beginning with 1982's "Can't Even Get the Blues."