From Birmingham and beyond, condolences to beaten police officer 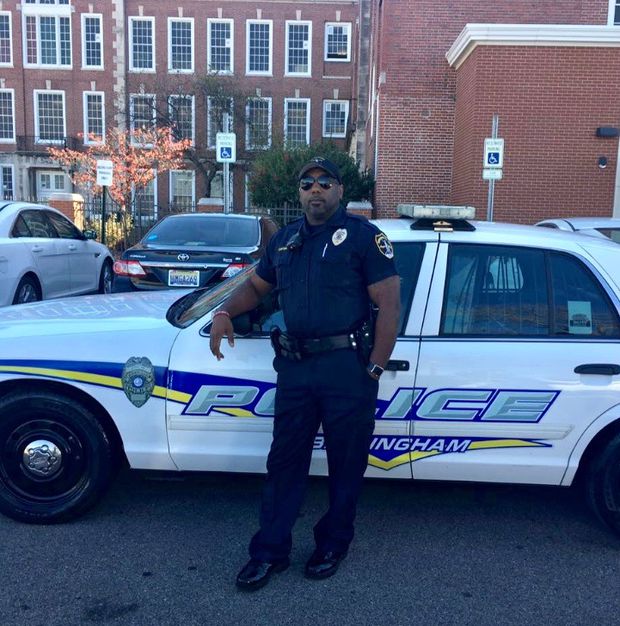 Condolence messages to Sgt's family. Wytasha Carter was sent from Birmingham and on Sunday after the Birmingham police officer was killed in the service plan early on Sunday morning.

Carter, 44, was shot after he was called in for backup and patted a person suspected of breaking into cars outside the 4 Seasons Bar & Grill nightclub clock. 2 on Sunday. The suspect armed himself and fired at Carter and an officer who was part of a particularly detailed investigation of burglary. The officer was in critical condition from Sunday afternoon.

The death of the police was the first in Birmingham since 2004, when three officers were shot dead in Ensley during an ambush outside a drugstore.

The reaction came in from around the country ̵

1; from police forces from New York to Oregon, elected officials in Alabama and national police decisions.

"Sgt. Wytasha Carter made his life for the city he earned," said Birmingham mayor Randall Woodfin. "This man and father were a true official and will be honored by each of us."

Birmingham City Councilman Hunter Williams, President of the Council Public Security Committee, made a statement on behalf of the entire Council on Sunday after Carter's death.

"The Birmingham City Council is holding legislative citizens, families and victims and is working with Mayor Woodfin and other law enforcement agencies to fight this pointless act of violence," Williams said. "We know that the weapon's negative impact on our society's health and safety needs to be met with prompt and secure punishment. Birmingham City Council is fully behind all the men and women of the Birmingham Police Department in their efforts to ensure justice is served."

Selma Mayor Darrio Melton said the city has "extended our thoughts and prayers to the Birmingham Police Department and the officers' families. My thoughts are also with Mayor Randall Woodfin. Nothing can prepare you as mayor to receive a call as one of your Officers have been shot, fortunately, Officer Micah Hale survived when I received the same call just a few months ago, and we should all pause and acknowledge that our law enforcement agencies put their lives on the line every day. in the fight against illegal arms violence. "