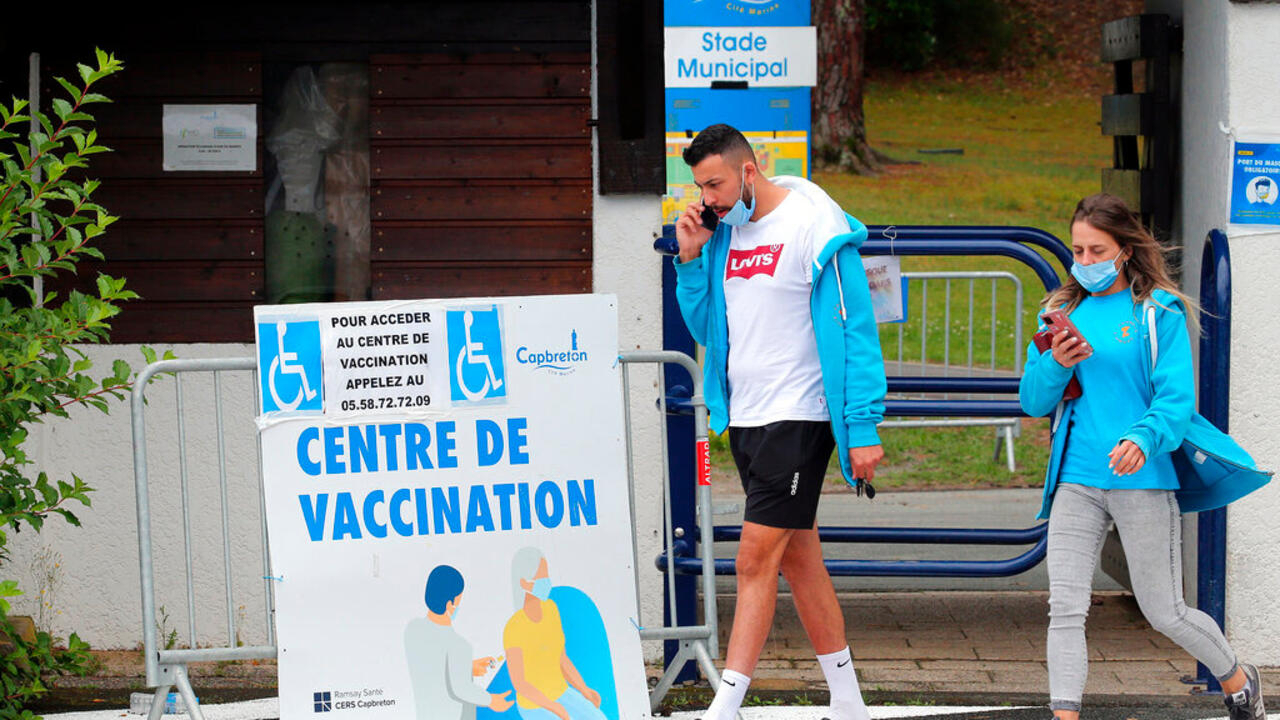 A panel of researchers advising the French government on health warned on Friday that as many as 95 percent of the population might need to be vaccinated to stem the spread of the Delta variant of Covid-19.

As cases increase, “a fourth wave linked to the Delta variant could hit quickly with consequences for the health care system despite high levels of vaccination,” the scientific council said.

“We cannot get the epidemic under control unless 90 to 95 percent of the population is vaccinated or infected,”

So far, only about half of the French have received a first dose and 40 percent two shots, with the government aiming to get two-thirds – 35 million – fully protected by the end of August.

🇫🇷🦠 The highly contagious # Delta variant of # Covid19 is likely to account for most of the new cases in #France from this weekend, Health Minister Olivier Veran said Friday.


“If people wait until after the summer holidays to be vaccinated, it will be too late,” epidemiologist and member of the scientific council, Arnaud Fontanet, told the television station RTL, reminding that the shots are “very effective and free”.

As the number of cases rises after a series of reopening steps, President Emmanuel Macron is expected to outline the next steps to manage the pandemic in a television address Monday night.

On the agenda of a meeting of the French Defense Council earlier Monday, whether vaccination should be mandatory for health workers is one of the main recommendations from researchers.

Ministers could agree on a draft law as early as Tuesday before sending it to parliament.

The Scientific Council also called for strengthening the country’s tracking program and highlighted the increasing number of admissions due to the Delta variant – first discovered in India – in England, Scotland, Ireland and Portugal.

The strain already accounts for half of new infections in France and is thought to be about 60 percent more contagious.

>> Read more: French health workers are reluctant to get the Covid-19 vaccine

“Without infection control measures, there could be a similar peak in hospital admissions as in the fall of 2020,” the research organization Pasteur Institute warned, adding that unvaccinated people over the age of 60 were particularly vulnerable.

Other scientific advice included reducing the number of people allowed to attend events, locating restrictions, and reducing the time between the first and second doses of mRNA vaccines such as Pfizer / BioNTech and Moderna from six to three or four weeks.