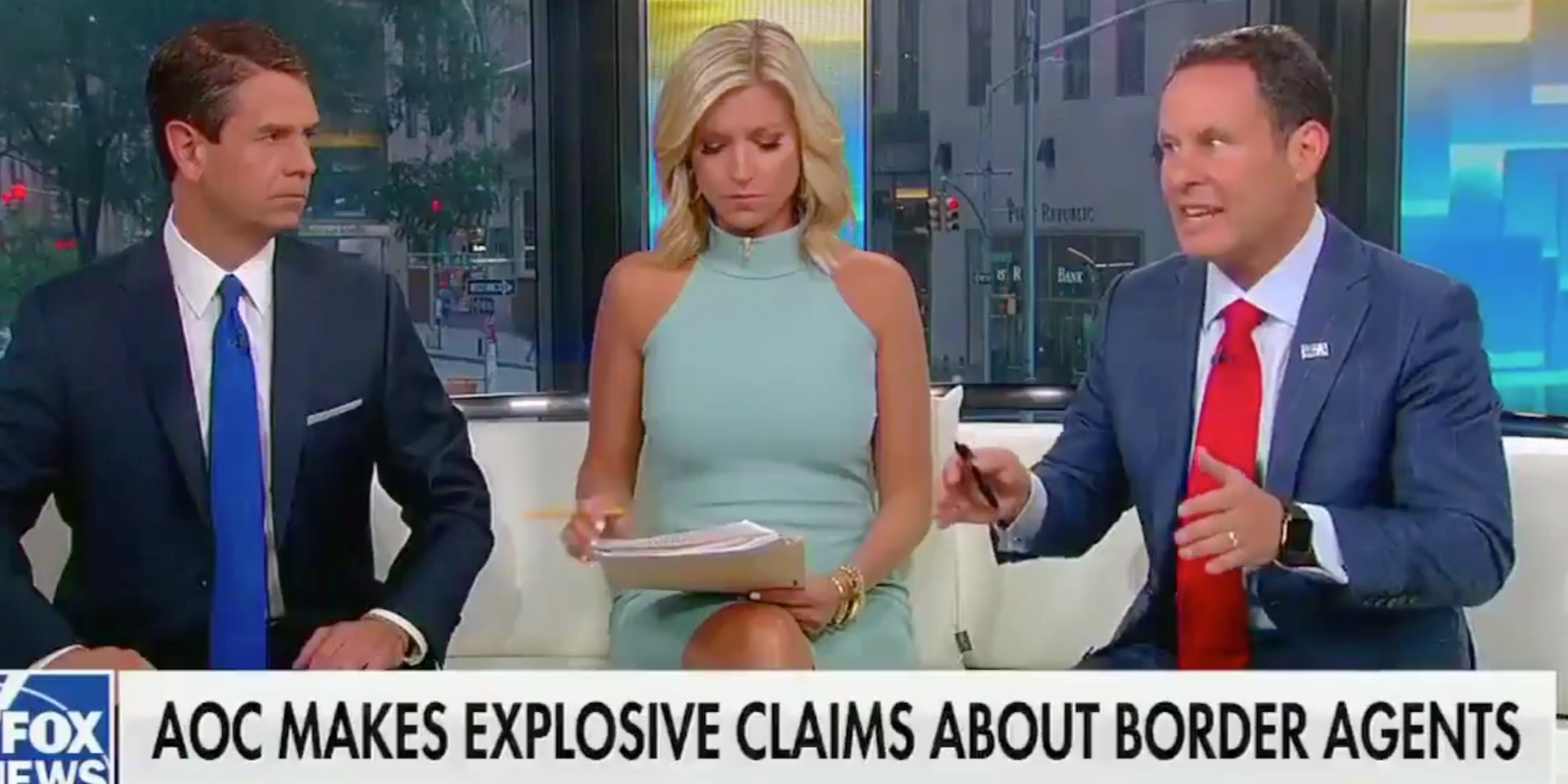 A host of the Fox News channel compared immigrant detention facilities on the border between the United States and Mexico, where migrants are wrapped up in standing room cells for a house party with too many guests.

In Tuesday morning's edition of "Fox and Friends" Brian Kilmeade defended conditions in the immigrants detention facility after a group of Democratic legislators accused Customs and Border Protection officials of abusing detainees after inspecting facilities near El Paso, Texas.

New York Representative Alexandra Ocasio-Cortez said that immigrants did not have access to clean water and were even told to drink from toilet bowls.

Under the segment, Kilmeade said that CBP was unfairly accused of the conditions of the facilities and compared the centers to a house party that was out of hand.

"See yourself: you have a house, a family of five. You have a party, you have 30 people. Maybe you have a big party and have 100 people over and you have two and a half bath.

"In the beginning it would be okay with 30. Then after 100 people it would be a little taxed, maybe you get an outdoor facility. Can you get the picture 5,000? "

You can get the best facilities in the world, but they are so crowded …"

The comments attracted Ocasio-Cortez, who blamed his claims on Twitter.

Later Tuesday, the Department of Homeland Security published a report on shocking overpopulation at its immigrant centers – which supports some of the claims of democratic legislators Monday.

Pictures from the facilities show migrants wrapped in fenced hold areas and cells, and the report says that children did not have access to showers and hot meals.

On Tuesday, Kilmeade continued to defend his observations and CBP's behavior in response to Ocasio-Cortez.

"They are not cages – they are divisors that @BarackObama constructed 2 separate unaccompanied adults from adults asking @ DHSgov – they were never meant to house 690k people in 6 months Border Patrol R patriots & you have done nothing to help except ransom for unverified stories. "

Roy Blunt: The Missouri Republican in the Senate leadership announces that he will not run for re-election