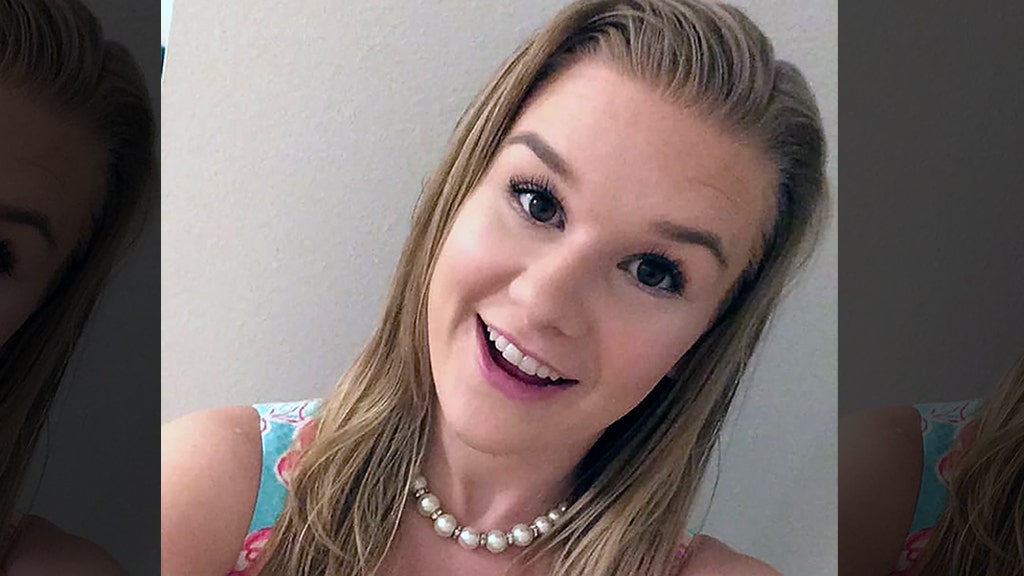 SALT LAKE CITY – In a Fox News exclusive, a Utah handyman said Friday that the man arrested in the disappearance and murder of University of Utah student Mackenzie Lueck recently asked him to build a secret, soundproof room in his basement on April 4, nearly three months before Friday's arrest of suspect Ayoola Ajayi at Salt Lake City police, handyman Brian Wolf says he with the man about some flood-damage repairs to his home

JUDGMENT MADE IN DISAPPEARANCE OF UNIVERSITY OF UTAH STUDENT MACKENZIE LUECK

Wolf, a self-employed construction contractor who does home remodels, said he was referred to Ajayi, whom he called "AJ," by a plumber who had worked at the house. Ultimately, Wolf decided the drywall repairs were unnecessary.

That's when the conversation took a turn.

According to Wolf, Ajayi started asking "building this weird room" in a small space in the basement and making requests that set. off alarms

"He didn't creep out until he started asking for requests that he wanted in that room," Wolf said.

Initially, Ajayi proposed "a secret door" in a space that was roughly four feet wide and seven to nine feet long. But then he slowly started sidestepping into more stuff, like wanting a thumb lock on it with a fingerprint lock, and soundproofing it, and putting hooks in the concrete ̵

1; it was just weird what he was asking me, "Wolf said. [19659009] “I kinda joked around about it. Like, 'What do you need hooks that high for?' She was like, "Oh, I'm going to hang these wine racks up there." And I was like, 'Well, I can hang your wine racks for you and not have these big hooks that you want up here.' And I was asking him why he wanted it soundproof, and said he wanted to sit down there and listen to his music real loud. "And I was thinking like," Why would you sit in a tiny little – – like almost a little bigger than a walk-in closet – room and list to your music real loud and drink your wine or whiskey or whatever? '

"I got a bad gut feeling. And even my nephew, when we got out to the truck … we both looked at each other and [I] was like, "That was weird, right?" And he was like, "Yeah, that was hell. We're not doing this job, right?

Ajayi was" adamant about telling me that money wasn't an object, "Wolf recalled, saying the man emphasized that" he just needed to get it done now. "" He told me the reason he wanted it done so fast was his girlfriend was coming out. He didn't tell me her name, what she looked like, anything like that – he just said that his girlfriend was coming in and needed to get it done before she got there because she was a Mormon girl. was a white girl ”and“ she didn't know he was drinking so he wanted to hide his alcohol from her. ”(Lueck's family is Mormon.)

Wolf said he finally turned down the project, counting Ajayi that his residence was too far away and that he could not handle the job quickly enough.

Wolf, a father of two, said the interaction bothered him so much that he was his father, his wife and others. He didn't, however, tell the police about his concern that "the room he wanted built wasn't appropriate for anything other than something inappropriate." "Some people say I should have called the cops then," he said . "But how am I supposed to call the cops and be like, 'Hey, this guy wants me to build a room in his basement,'" Wolf said.

Mackenzie Lueck, 23, was last seen after she was dropped off by a Lyft driver at a park near Salt Lake City. She hailed the ride after flying in from Los Angeles, where she attended her grandmother's funeral.

Police said the driver, who has been cleared in the case, Lueck did not seem distressed on her way to the park

Wolf, who has a 23-year-old daughter and a 5-year-old son said the case hits close to home.

"I mean something like that could happen here," Wolf said, referring to his own of his own daughter. "I am shaking right now. My heart's pounding. I'm almost about to cry. It's scary. I feel sorry for that girl." "As for Ayaji, a neighboring duty Fox News on" many women "frequented the suspect's home." There were so many women coming in and out at all hours of the night, "the neighbor, who did not Wanted to be identified, told Fox News

Authorities said police searched the Salt Lake City home for about 19 hours for clues as to Lueck's whereabouts.

Offering a different perspective, another neighbor, Tom Camomile, defeated Ajayi, calling him a "professional man" and a "nice guy."

He said "we never really know who, what, when, where or why it really is really really surprised if it turns out that it is actually involved in it. ”