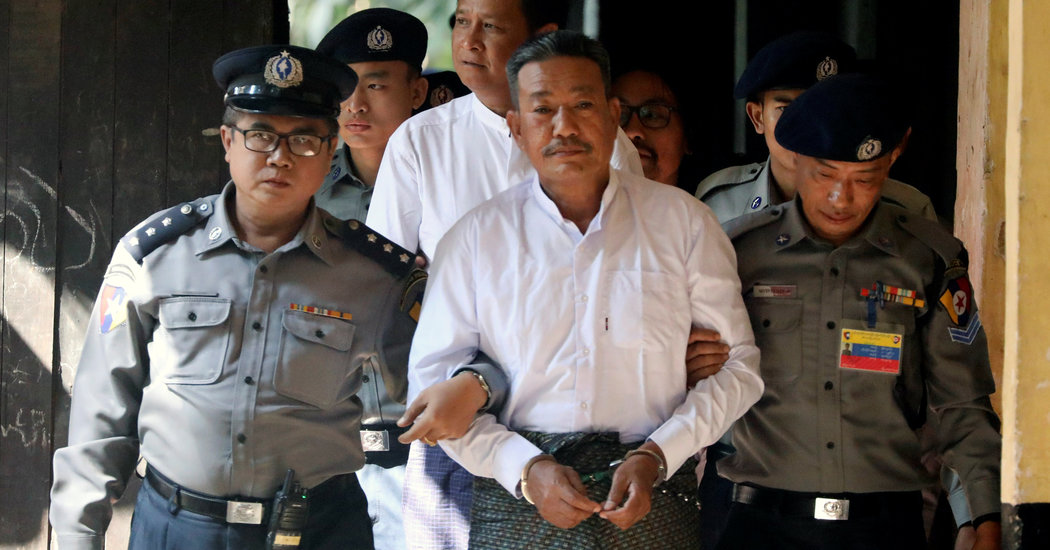 Four men were sentenced Friday in the killing of a prominent adviser to Myanmar's leadership shot in the head while holding his infant son at Yangon International Airport in 2017.

The killing of the counselor, u Ko Ni , is widely believed to have been a political murder. But the supposed mastermind has not been found, and what role, if any, the country's powerful military had in the murder, was not revealed in the long attempt at the four suspects.

Herr. Ko Ni, 65, was a high profile lawyer; member of the government party, the national league of democracy and a Muslim in a predominantly Buddhist country torn by religious and ethnic violence. He was also a legal advisor to Myanmar's leader, Daw Aung San Suu Kyi.

His killing has prevented the government party's efforts to change the political system where the military, which once ran the country as a dictatorship, still retains great authority.

Colleagues said that before his death, Mr. Ko Ni pursued a new constitution that would cut the special powers the military reserved itself in the current charter.

Herr. Ko Ni was also an author of a strategy that gave Ms. Aung San Suu Kyi the opportunity to circumvent a constraint in the constitution that prevented her from becoming president. Her allies created a new position, state advisor, through which she leads the country.

Witnesses said that before he opened fire, the gunman shouted: "You can't act like that."

On Friday, the accused gunman, u Kyi Lin, was charged with death for the murder of Mr. Ko Ni. He was also sentenced to 20 years in prison for killing a taxi driver who tried to stop him after the first shooting. U Aung Win Zaw, who was accused of controlling the killer, was convicted of murder and also given a death sentence.

However, the odds of the men being executed are quite low. Deaths are typically commuted in Myanmar.

Also convicted Friday was U Zeyar Phyo, who got five years in prison to conspire in the murder, and U Aung Win Tun, who was convicted of having one of the conspirators as a refugee and given three years in prison.

Prosecutors have said the attack was masterminded by U Aung Win Khaing, a former lieutenant colonel in Myanmar's Army. He's still big.

"Discussions about the motive in killing are speculative," said U Nay La, a prosecutor in an interview with The Irrawaddy, an online news outlet. "We have not been able to establish a motive during the trial. Probably we could do that if Aung Win Khaing was arrested."

Mr. No La added that he did not believe that Ko Ni was killed solely because he had pursued a new constitution, but it could have been a factor in his death.

Herr. Ko Ni was the son of a Muslim father from India and an ethnic Burmese and Buddhist mother. He was called one of the party's clearest legal mind, which he combined with a political savvy that helped the party navigate the country's sectarian divisions.

He approved a decision by the National League for Democracy not to lead any Muslim candidates in 2015 elections when it won a landslide victory that brought Mrs Aung San Suu Kyi to power. The Parliament, set in 2016, was the first to have no Muslim members since its independence in 1948.