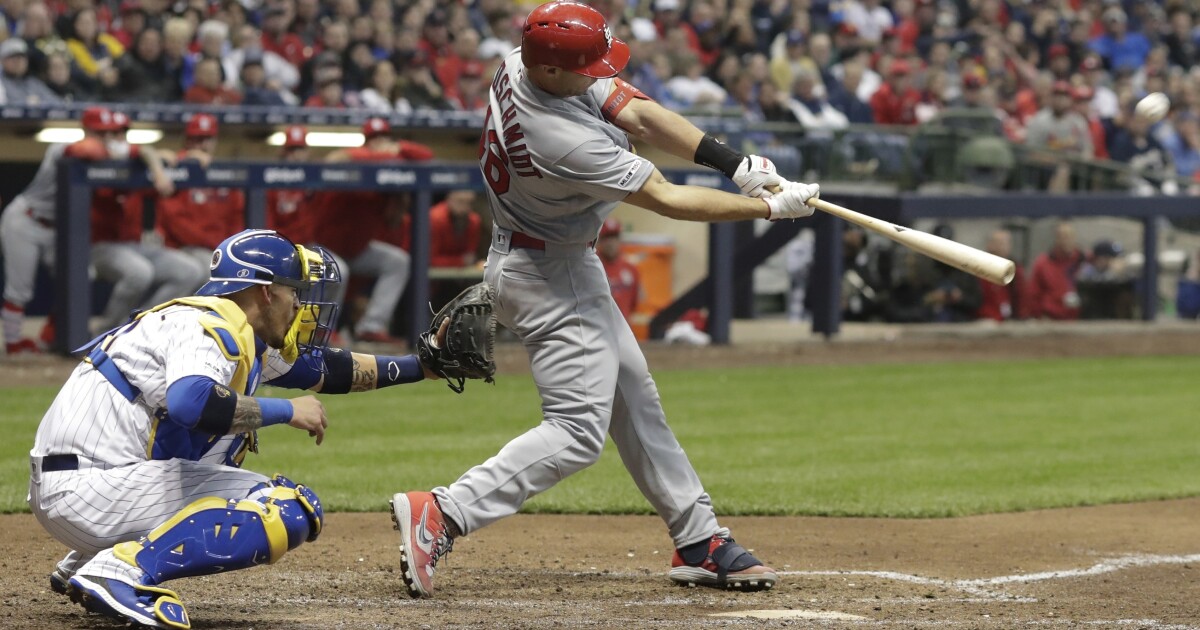 Former Diamondbacks slugger Paul Goldschmidt has got little time in getting comfortable in the Midwest.

After going 0-for-3 with his first game with the Cardinals, he exploded for three home runs in Friday's game against the Milwaukee Brewers

His first came in the top of the 1st as he lifted a 3-2 pitch into the left field stands.

It was the same setup and result in 6th inning, a full count pitch taken deep to left field. His third came in late, when he deposited a 2-2 pitch into left-center field.

With the third home run, Goldschmidt became the first player in Major League history to hit three homers in either his first or second game with a team,

according to ESPN Stats and Info.

It's Goldschmidt's second three-homer game of his career, with the previous one coming in August 2017 against the Chicago Cubs.

In eight seasons with the Diamondbacks, Goldy hit 213 home runs.

Another off-season Diamondbacks departure, AJ Pollock hit his first home run as a Dodger – against his former team.

Pollock would add two more RBI with a single in the third as the Dodgers led 3-0.