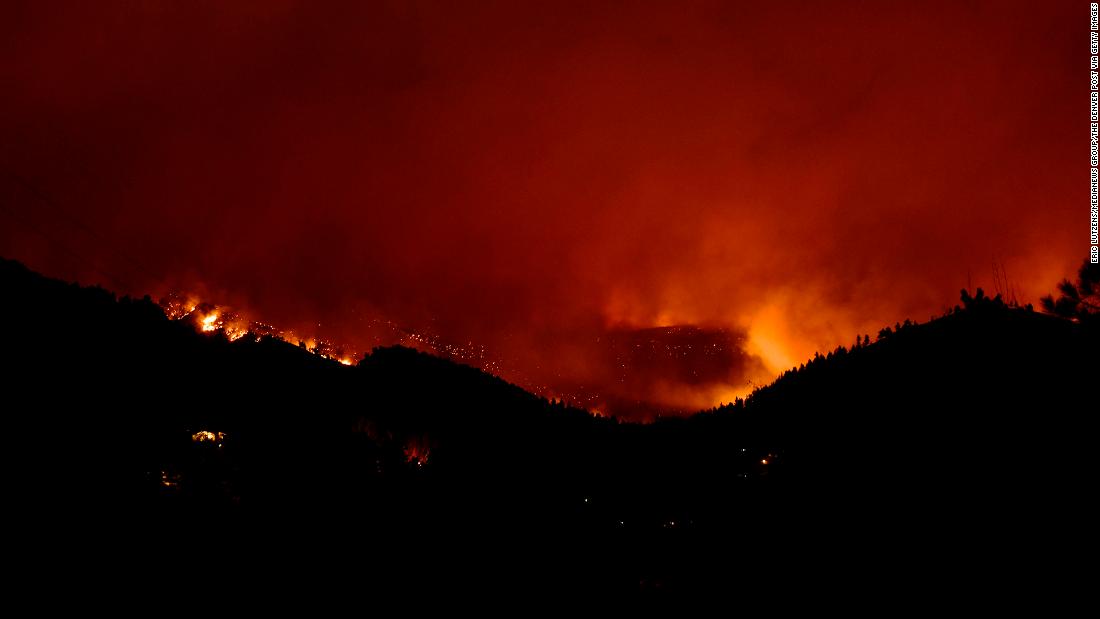 Two forest fires are believed to have broken out in Utah on Saturday, burning more than 3,000 acres in less than a day, according to a post on Twitter from Utah Fire Info.

Range Fire, which is burning just outside Orem, has prompted the evacuation of approx. 10 homes when it burned 1,500 acres. It is 0% contained, the post said. Meanwhile, it is estimated that Fire Canyon Fire is burning through 1,600 acres, but it currently threatens no structures.

The causes of both are under investigation, but Fire Canyon Fire is believed to be caused by humans, according to the post.

Reports of Utah fires come as firefighters continue to fight CalWood Fire, which triggered around noon Saturday north of Jamestown, Colorado, and quickly spread to more than 7,000 acres, according to Gabi Boerkircher, spokesman for the Boulder Office of Emergency Management.

Nearly 900 homes are in the area for evacuation, a tweet from the Boulder Office of Emergency Management said Saturday night.

And although officials “believe more homes were likely lost,” it is still too early to say what impact the fire has had, Mike Wagner told the Boulder County Sheriff’s Office during a media briefing Saturday night.

“It’s still too dynamic to get in and even start assessing where these homes may have been damaged or lost,” Wagner said.

Fire crews are preparing to “try to make a really solid air strike” Sunday morning while the weather was good before the wind picked up. They could face challenges in the rocky terrain on the north side of the fire as well as in the area from Lefthand Canyon up to the Peak-to-Peak Highway, where it could be more difficult due to the number of homes, ranches and animals that could be affected said Wagner.

“We are asking people pretty much anywhere in this area to be sure they are making an evacuation plan,” Boerkircher said, adding that a local disaster declaration was signed around 6 p.m. 13.30 local time in response to the fire.

No deaths or injuries have been reported and a cause of the CalWood fire has not yet been determined, Boerkircher said.

In addition to the CalWood fire, Colorado firefighters are also continuing to fight Cameron Peak Fire, the largest wildfire in the state’s history. The fire was burning near the town of Fort Collins in the northern part of the state, leading to new mandatory evacuation Friday night.

CNN’s Hollie Silverman and Alta Spells contributed to this report.