Foremost, Brian Flores Is A Leader 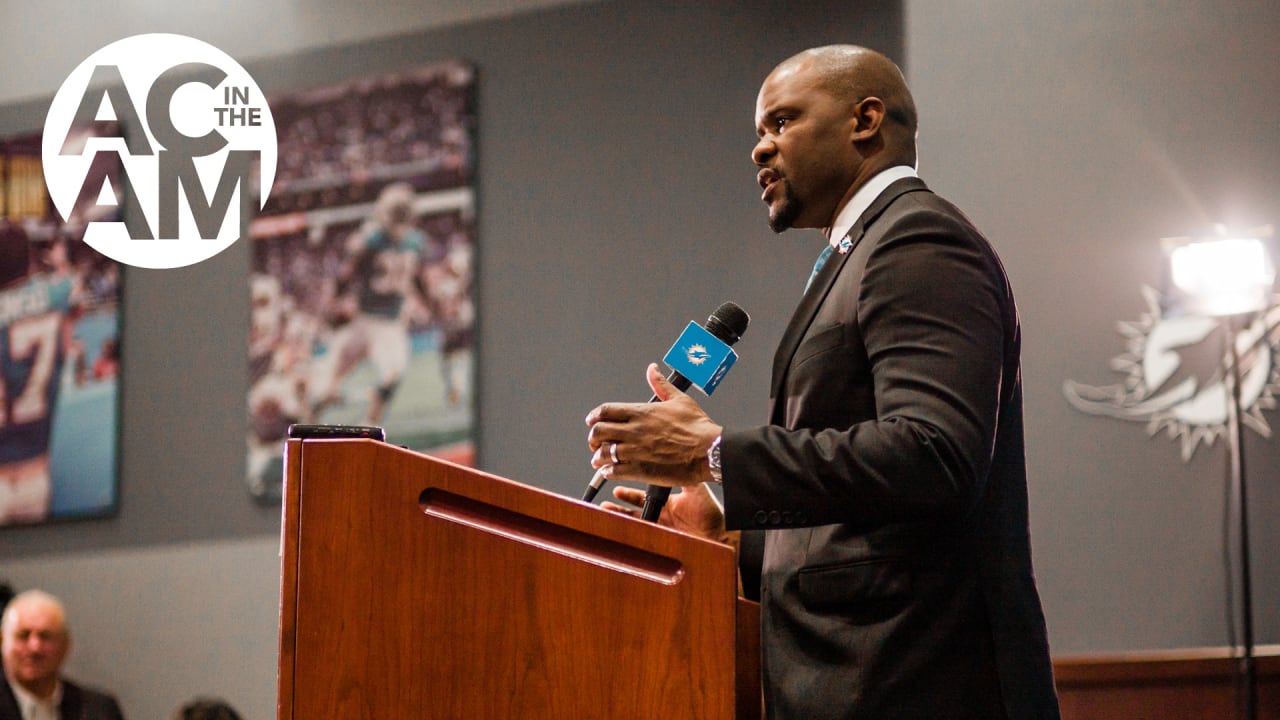 Here's hoping that Flores' response can now put that absurd topic to rest. Yes, the Dolphins are rebuilding. No doubt they have embraced a different mindset, a mindset predicated on establishing the roots for long-term success not just in occasional 10-win season. But lose games like he said, Brian Flores won’t stand for it. How much more do you really need to know?

The owners' meetings have been a valuable learning experience for Flores. He spoke about sitting in a large room with just about every head coach and general manager, hearing their suggestions on how to make the game better and realizing the exclusive company in which he now belongs.

“It was a humbling experience to be in that room, "he said.

Flores was queried about all sorts of topics. About the retirement of Rob Gronkowski. About minority hiring. About proposed rule changes. About his life has been like since taking on this career-defining challenge.

But it was clear he was at ease talking about the Dolphins, his team, his mission. In that regard, Flores is so much further than he was only a few short weeks ago. He has now had the chance to evaluate the entire roster, watching tape on each player, discussing strengths and weaknesses with his staff, figuring out what works and what doesn't. No, it's not done with this. He'll probably watch every tape again.

But he did admit, “We have a pretty good feel for all the guys on the roster and we can make our decisions based on that.”

But this isn't a time when many of those decisions need to be made. This is only late March and Flores has no desire or intention to "look into some crystal ball" and project what characteristics this roster will have in few months from now.