Flossing with teeth can protect against cognitive decline, research shows 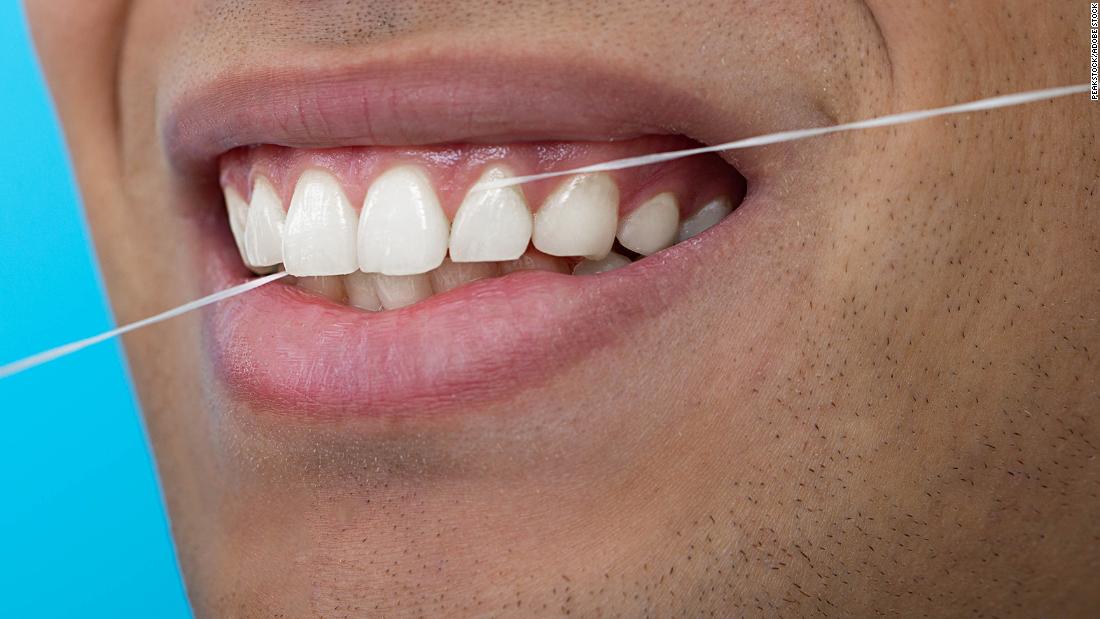 Good oral health habits such as brushing and flossing can prevent cognitive impairment and dementia, according to a new analysis led by researchers at NYU Rory Meyer’s College of Nursing.

“Given the staggering number of people diagnosed with Alzheimer’s disease and dementia each year, and the potential to improve oral health throughout life, it is important to gain a deeper understanding of the link between poor oral health and cognitive decline,” he said. Bei Wu, professor of global health at NYU Rory Meyers College of Nursing and senior study author, in a statement.

Adults who experienced tooth loss were more likely to have cognitive decline if they did not have dentures, the new research also revealed.

“We need to consider raising awareness about the importance of oral health, and we also need to think about preventative treatment and prostheses,” Wu told CNN.

Dentures are important because they allow patients to maintain a healthy diet as well as provide “the confidence to smile naturally,” according to Dr. James Wilson, president of the American Academy of Periodontology, who was not affiliated with the study.

“Being able to eat a normal diet is extremely important to a person’s physical health,” Wilson said via email. “The positive self-image that dentures give a patient also works to improve their mental health.”

The analysis offered several explanations for these links between poor oral hygiene and poor brain health, including the problem of missing teeth, which can affect chewing, limiting the chances of healthy food and even leading to loss of important nutrients for brain health. The analysis also highlighted evidence that oral inflammation is associated with encephalitis and cognitive impairment.

“Untreated gum disease can lead to tooth loss and can also increase the risk of developing other health complications,” Wilson added.

“Inflammation as a result of gum disease has been linked to other disease states, including cardiovascular disease, pancreatic cancer, diabetes, rheumatoid arthritis, and Alzheimer’s disease.”

The NYU-led analysis also noted that tooth loss could reflect “lifelong socioeconomic disadvantages, such as limited access to and quality of medical and dental care, fewer years of education and poor nutrition.”

“Income and education are very much related to oral health, probably even more so than many other chronic conditions, especially due to the lack of dental insurance for many people,” Wu said.

Wu added that these oral health inequalities are particularly prominent in the United States, where the health care system is complicated to navigate and many people do not have access to dental care as part of their health insurance or are required to pay out-of-pocket dental expenses.

She said the analysis should serve as a reminder – to both governments and ordinary people – of the importance of maintaining good oral hygiene from an early age until adulthood.
The American Dental Association and the AAP also say that preventative care and regular dental checkups are important to protect teeth from cavities and protect against gum disease.

“Gum disease can be prevented with daily toothbrushing and flossing and routine visits to a dentist,” Wilson added. “Patients should also expect to receive a comprehensive periodontal evaluation annually.”