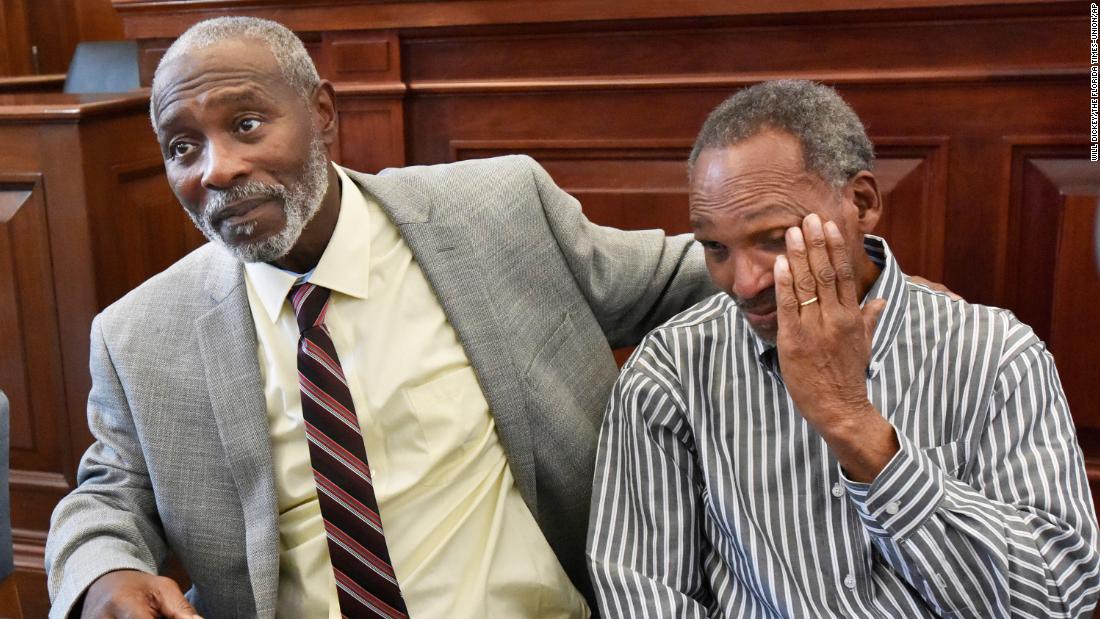 They were at a party in Jacksonville, Florida, when two women were shot in a nearby apartment, one of them fatally. The men were quickly arrested, convicted and sent to life in prison

On Thursday, the state threw out their convictions and set them free

"I'm nervous because I feel like I'm still locked up," he said. "I get with my family and know I can look back … and the reality hits in, I think I'll be right."

No defense witnesses or evidence

But evidence showed the shots were all fired outside, and from the same gun. 19659002] Still, Williams and Myers were convicted of murder and attempted murder after a two-day trial. Their attorneys presented no evidence or witnesses, although partygoers were reported as having heard the shots that night.

The pair always maintained their innocence, throughout the trial and the next 42 years they spent behind bars. They filed multiple failed motions for "postconviction relief," prosecutors said.

Things started to change when they petitioned the Conviction Integrity Review unit, which the state attorney created in 2017.

Among the findings: Another man reportedly confessed to people that committed the murders and felt bad Williams and Myers were imprisoned for the, the Conviction Integrity Review investigation report said. That man died in 1994.

The new unit's review led to the first-of-its-kind result, with the cases being tossed.

The Conviction Integrity Review of convictions, "according to a press release from State Attorney Melissa W. Nelson.

Williams, now 76, and Myers, 61, were wrongfully convicted in the murder of Jeanette Williams (no relation) and attempted murder of Nina Marshall , Nelson's office said.

Judge Angela Cox vacated their convictions, and the state dismissed the indictments.

'A continuing … bond to pursue justice'

"I lost almost 43 years of my life that I can never get back," Myers said in a report from the state attorney. "But I am looking ahead and will focus on enjoying my freedom with my family."

The state attorney established the conviction review unit in 2017 and began reviewing Myers' petition in 2018. Prosecutors say this is the first time an investigation by The unit has led to a release.

"We have a continuing, post-conviction ethical bond to pursue justice when we become aware of material evidence suggesting a conviction is not correct," Nelson said.