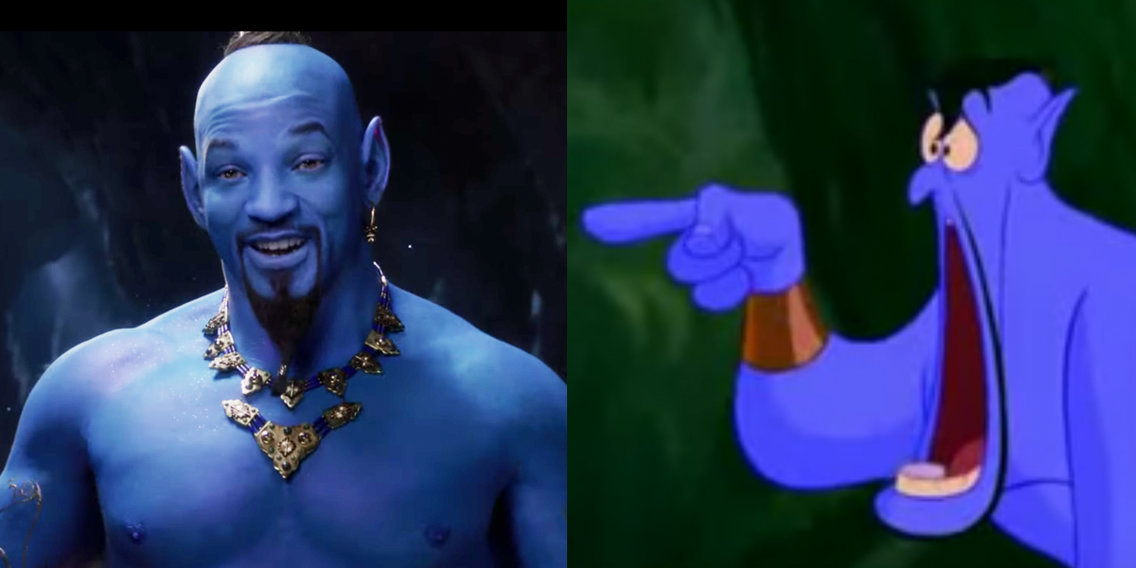 Disney is working its way through a list of live action remakes of its classic animated films, and "Aladdin" is next on deck.

After the release of a new trailer during Sunday evening's Grammy Awards, people are feeling the choice of making a live action cast with a CGI version of Will Smith as the iconic blue genius.

First, there were the mixed reactions on Twitter, where people found the genius either horrible or just scary.

The official Disney tweet of the new video was met with a largely negative reaction too.

The YouTube video for the new teaser was also met with mixed reactions from users there.

"See Will Smith as Genie made me miss Robin Williams even more," says a top-notch comment. Others said the genius looked very different, but they were willing to give him a chance.

"Letterly gasped when they showed Will Smith," using DoubleADoubleG wrote in a comment that had over 1,000 rises within an hour. "It's scary."
"This genius looks f —— horrible," said Redditor C raige99.

In December 2018, Entertainment Weekly published an exclusive first look at set images from the upcoming movie. Will Smith's Genie not be blue in these pictures – instead he looked good, Will Smith in a costume. The actor released the EW cover on Instagram and assured fans that he would be blue in the movie.

At that time, many people were disappointed to see Genie without his familiar blue hue. But now that we look at the new blue genius in action, the reactions are more mixed than ever.

However, not all the bad news for Disney. Many people were thrilled to see the friendly carpet on Aladdin's side and the Raja tiger strutting behind Princess Jasmine.

Fans strong feelings for Genie's character may be due to the emotional connection between Disney's animated film and the original actor behind Genie: Robin Williams. The actor died by suicide in 2014 when he was 63 years old.

"Aladdin", directed by Guy Ritchie and starring Naomi Scott as Princess Jasmine and Mena Massoud as Aladdin, arrive at theaters on May 24.