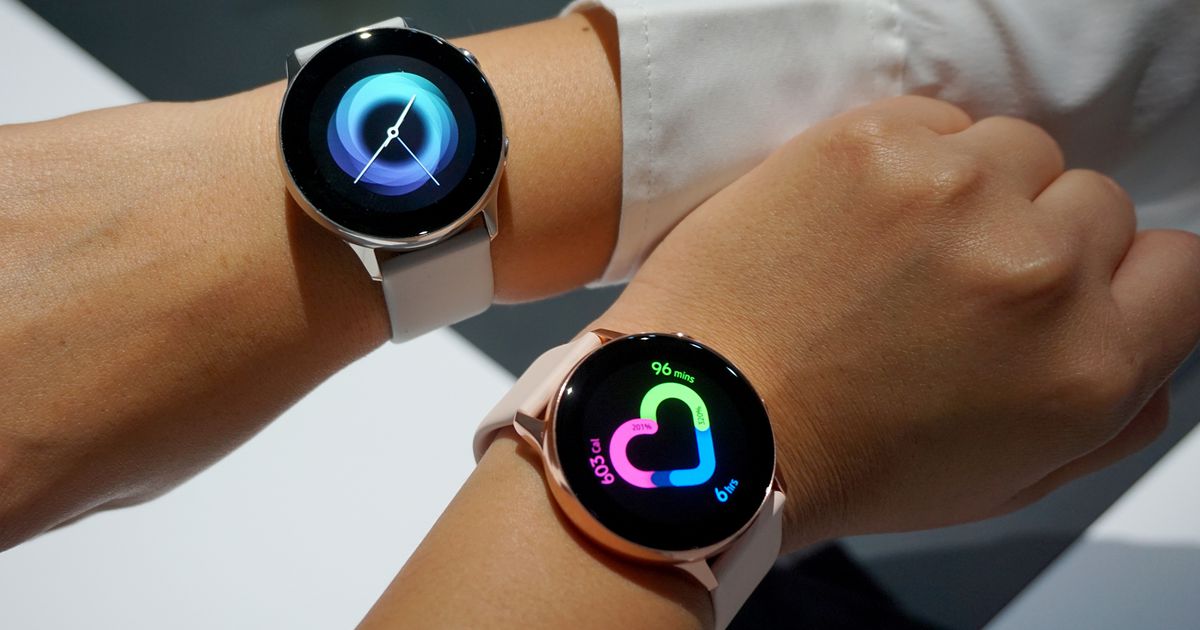 It was easy to miss all the foldable phone hype, but Samsung revealed its latest smartwatch Wednesday at its Unpacked event: the $ 199 Galaxy Watch Active.

But just because it didn't have much time in the spotlight doesn Galaxy Watch Active is not worth checking out. While Samsung's prior smartwatches have tended to be massive, its latest wearable is much more subtle – and one is much more likely to actually wear.

A follow-up to last year's Galaxy Watch The first thing you'll notice about the Galaxy Watch Active is that it's not nearly as bulky as the relatively massive Galaxy Watch.

With a 40mm case and no rotating bezel , it's noticeably slimmer – with a wrists (or really, anyone who appreciates a lower profile watch).

The Samsung Galaxy Watch Active has two side buttons instead of a rotating bezel.

It comes in four different colors: silver, black, sea green , and rose gold (it's about time Samsung hopped on the ro The bands are similar to Apple's sports bands for the Apple Watch.

I only wore the galaxy watch active for a few minutes, but i was impressed by how light it was. And it was at least as comfortable as any Apple Watch I've been

Besides the size, one of the biggest changes with the Galaxy Watch Active is that it doesn't have a rotating bezel. Instead, you navigate the watch's menus by swiping left or right.

There are also two page buttons that let you launch and close apps. It might take a little while to get used to the rotating bezel UI, but I didn't find it very complicated.