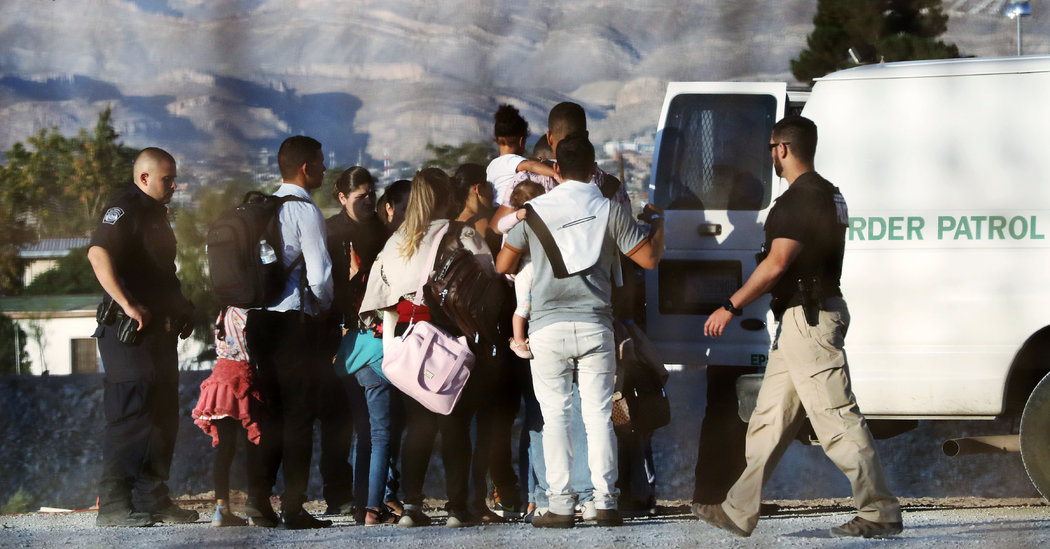 WASHINGTON – A federal judge in Seattle on Tuesday blocked an order by Attorney General William P. Barr that would have kept thousands of migrants indefinitely while waiting for their asylum cases to be decided. United States District Court for the Western District of Washington, which would have denied some migrants a bail hearing, as unconstitutional. During a preliminary injunction, Judge Pechman said migrants must be granted a hearing within seven days of a request or be released if they have not received a hearing in that time.

“The court finds that it has been established in constitutionally protected interest in their liberty, a right to due process, which includes a hearing before a neutral decision maker to assess the necessity of their detention and a likelihood of success on the merits of that issue, ”wrote Judge Pechman. that the government was likely to appeal the decision.

The order, which was issued in April, was another attempt by the Trump administration to prevent the release of migrants into the country – and to asylum seekers from crossing the border altogether.

The administration in recent months has raised fees for asylum seekers and slowed the processing at ports of entry. It is also expanding a policy that has forced more than 13,000 migrants to wait in Mexico as their legal cases proceed.

For years, migrants who were determined to have a "credible fear" of persecution in their home countries have been allowed to request bond hearings so they could be released on bail rather than wait in detention facilities for their cases to be heard. The order from Mr. Barr, whose purview extends to immigration courts, would have right to a hearing to people who were apprehended after they illegally enter the United States.

Conditions at the facilities have been the subject of public backlash after lawyers, lawmakers and the Department of Homeland Security's independent watchdog described as mistreatment and filth.

In April, Mr. Delayed his order for 90 days.

Michael Tan, a senior staff lawyer at the American Civil Liberties Union Immigrants' Rights Project, said the order would have been due to that seeking sanction in the United States.

administration, he said, "trying to create a perception that we need to lock everybody up or down."

But Mr. Tan added: “That's just not true. We have a longstanding process in our immigration system to decide whether someone should be locked up or not. ”