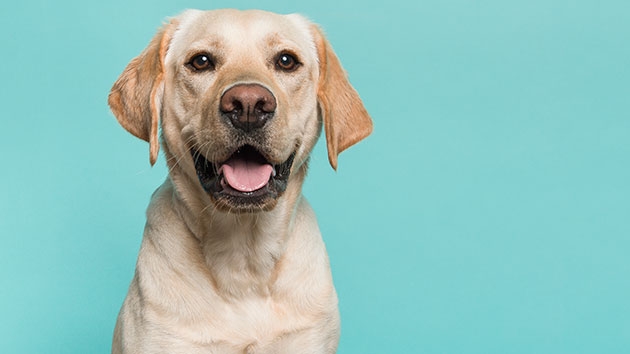 Officials have been investigating reports of dogs getting the heart condition for a year, and for the first time, they're publicly named dog food brands that have been most frequently identified. [NEW YORK] – Dog owners are Getting a new warning about pet food concerns may be linked to deadly congestive heart failure.

The Food and Drug Administration has been investigating a string of reports of some dogs getting the heart condition for a year, and for the first time , they're releasing the names of some of the brands that have been most frequently identified in the reports.

The investigation is connected to reports of some dogs and a few cats developing dilated cardiomyopathy (DCM) after being on a diet of certain dry dog ​​food.

The brands, which are largely dry food, have not been recalled, but in their statement released Thursday, the FDA said the agency "has an obligation to be transparent with the pet-own ing public regarding the frequency with which certain brands have been reported. ”

The FDA notes that the underlying cause of canine DCM remains unknown but is believed to be somewhat related to a dog's genetics.

“ We know it can be devastating to learn that your previously healthy pet has a potentially life-threatening disease like DCM. That's why the FDA is committed to continuing our collaborative scientific investigation into the possible link between DCM and certain pet foods, "Steven M. Solomon, the director of the FDA's Center for Veterinary Medicine, said in a statement Thursday.

Some well -known brands are among the 1

6 FDA identified as having the most reported cases of DCM. The companies had between 10 and 67 reports each of cases of DCM which were reported to the FDA. Smucker Company, which owns Natural Balance and Rachael Ray Nutrish, two of the brands named by the FDA, released in statement saying that they will continue to work with the ongoing investigation. Natural Balance was connected to 15 of the reports that the FDA reviewed and Rachael Ray Nutrish had 10 reports, according to the FDA.

“As pet parents ourselves, we will continue to monitor this very closely, if we want to make sure all dogs are happy and healthy. Since a final root cause has not been identified to date, we will continue to actively collaborate with the FDA and industry partners to better understand and resolve this increase in heart disease occurrences among dogs, "Ray Hancard, a spokesperson for Smucker, said in a statement to ABC News

Midwestern Pet Foods, which owns Earthborn Holistic, is another brand named by the FDA and allegedly cited in 32 reports, that they have "reviewed" the FDA's report.

provide any scientific findings linking nutrition and DCM. Rather, FDA is simply trying to gain more information than part of its evaluation process, ”Midwestern Pet Foods said in their statement. “We take the nutrition and health of pets very seriously. We will continue to do everything possible to ensure that our products are safe and nutritious. ”

Champion Petfoods own two of the dog food brands that were included in the FDA's report, Acana and Orijen. They released a statement noting that the FDA's update “provides a causative scientific link between DCM and our products, ingredients or grain-free diets as a whole.”

at DCM. We take this very seriously and will continue to work internally and with other industry leaders on research into the cause of DCM in order to help Pet Lovers understand the facts. Our own research, and the millions of pets who have thrived on eating our food over 25 years, have shown that Champion pet foods are safe, "Champion Petfoods said in their statement.

Zignature was another named brand included in the report.

"While our 900,000 customers thrive with our high quality formula, 0.0000007% have reported dietary issues, and we take the FDA's recent announcement very seriously and are working in collaboration to learn more," said Eric Schiffer, a spokesperson from Zignature's public relations firm.

Nine of the other named brands mentioned in the report did not immediately respond to ABC News' request for comment, and the 10th company is no longer in production.

The cases relevant to the investigation vote from " sporadic ”reports of DCM that the FDA received between Jan. 1, 2014, and April 30, 2019.

All duty, there were 515 reports of DCM in dogs and nine reports of the occurring in cats. The FDA released all of the reports

The FDA released all of the reports.

The FDA released all of the reports they received about

The FDA first issued a public alert in July 2018, which they say prompted the majority of the reports to be submitted after that warning.

Canine DCM tends to occur more frequently in larger dogs – the FDA says – with golden retrievers being the subject of the majority of the reports the FDA received; followed by mixed breeds, Labrador retrievers, great Danes, pit bulls and German shepherds, among others.

The mean weight of the dogs in the reported cases was 67.8 lbs and the mean age was 6.6 years old.