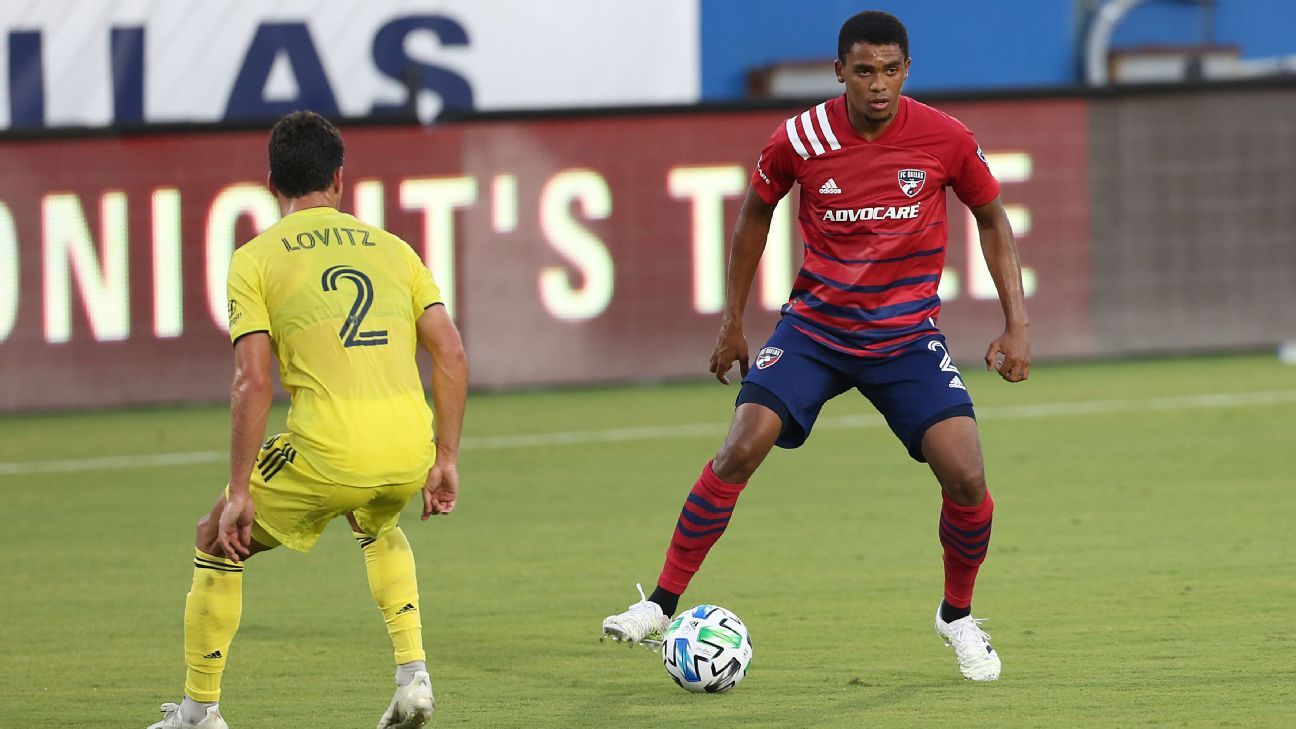 Both Major League Soccer and FC Dallas released statements late Thursday in support of Dallas defender Reggie Cannon after the player was the recipient of what the FCD characterized as “racist comments and death threats.”

Dallas’ statement, attributed to owners Dan and Clark Hunt, read in part, “We want to be clear: We love and support Reggie Cannon. The racist comments and death threats he received are repulsive and unacceptable.”

The statements are the latest chapter in what has become an escalating situation after Wednesday’s match between FC Dallas and Nashville SC. During the national anthem, both teams chose to kneel in solidarity with the Black Lives Matter movement, which followed similar movements of players and teams during the just-concluded MLS’s Back Tournament, held just outside Orlando, Florida.

In Wednesday’s case, the gesture was met with some boos at a match where fans were present while someone threw a bottle on the pitch. According to a spokesman for FC Dallas, the perpetrator was thrown out of the stadium.

After the match, Cannon was interviewed and expressed his dissatisfaction with the response from some fans, describing it as “absolutely disgusting.” He added that “You can not even get the support of your own fans in your own stadium. It’s amazing to me.”

After first indicating that the team would not comment on the Cannons’ reaction, Dallas eventually released a statement that read in part: “FC Dallas supports our players and fans in their right to express themselves in a peaceful manner.”

Meanwhile, Cannon began receiving hateful and threatening statements on social media, resulting in the statement from MLS and later from the Hunts.

Cannon is a member of the newly formed Black Players Coalition, an organization made up of over 70 black players in the MLS. The organization, formed in June, is to tackle racial inequalities in the MLS as well as to positively impact black communities in the United States and Canada.