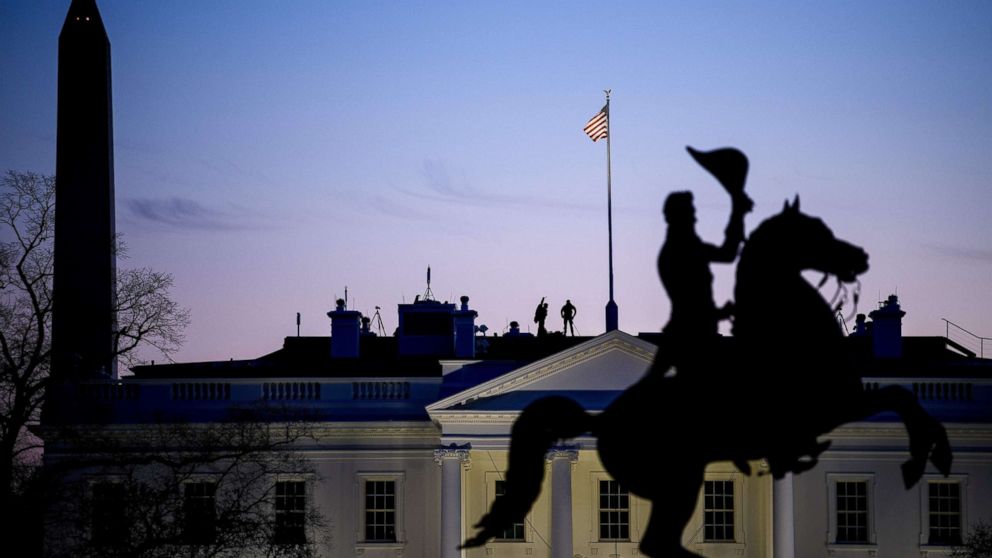 The federal authorities have arrested a man in Georgia as they accuse of plotting to attack several prominent sites in Washington, D.C., including the White House.

Hasher Jallal Taheb was investigated by the FBI as part of a sting operation after local authorities reported concerns that he was radicalized in March last year, according to a criminal complaint lodged by the federal government of northern Georgia's Atlanta district. on Wednesday.

A member of the community had reported to the local law enforcement authority that Taheb had been "radicalized, renamed and scheduled to travel abroad," the complaint stated.

Taheb applied for a US passport in July stating that he had misplaced his earlier, and in August he put his vehicle for sale and told an FBI informant who expressed interest in buying it that he sold the car. to finance his travel abroad, according to the complaint.

In a meeting with the informant and an undercover FBI agent on December 2, Taheb said "they could do more harm" in the United States because they would be "one of many" abroad. He also claimed that he wanted to be "martyr" and cause as much damage as possible, state the complaint.

On December 7, Taheb allegedly showed that the undercover operating a hand drawn chart of the White House West Wing in a composition notebook and asked for help in obtaining weapons and explosives for the attack, the complaint states.

"He said the group would fight to the end and make it a big blow," the document said.

Two days later, Taheb claimed the undercover agent via text how the "merchant" was and offered to go with him to buy weapons and explosives.

On December 14, Taheb claimed to "broaden his future goals," suggesting he wanted to attack the Washington Monument, the Lincoln Memorial and a "specific synagogue" in the Washington DC area that was not named. complaint. He also discussed the need for a "base" where they could regroup and "talk to motivate people" and show clips of "suppressed Muslims," ​​the document says.

The next day, he allegedly uploaded a 40-page manifesto, he wrote to Google Docs, which stated the importance of "defensive jihad" and contained reasons for "creating and directing his group to carry out violent attacks", according to complaint. He also created a group chat with the informant and the undercover agent, claiming to discuss his plans to attack in the following weeks.

On Saturday, Taheb probably met with the FBI informant and gave him a camera, an American flag and an Israeli flag and announced that he wanted to complete the attack on Thursday, according to the heavy affidavit.

Taheb, the informant and the undercover agent met in the parking lot of a store in Buford, Georgia, Wednesday for the "purpose of exchanging their vehicles for three semi-automatic assault rifles, three explosive devices with remote control and an AT-4, single-shot. smoothbore weapons, "the document says.

After another confidential informant explained how to use weapons, Taheb allegedly gave his car keys to him in exchange for them, according to the complaint.

Taheb was arrested after allegedly taking the two backpacks containing explosives and AT-4 and placing them in a rental car, the document said.